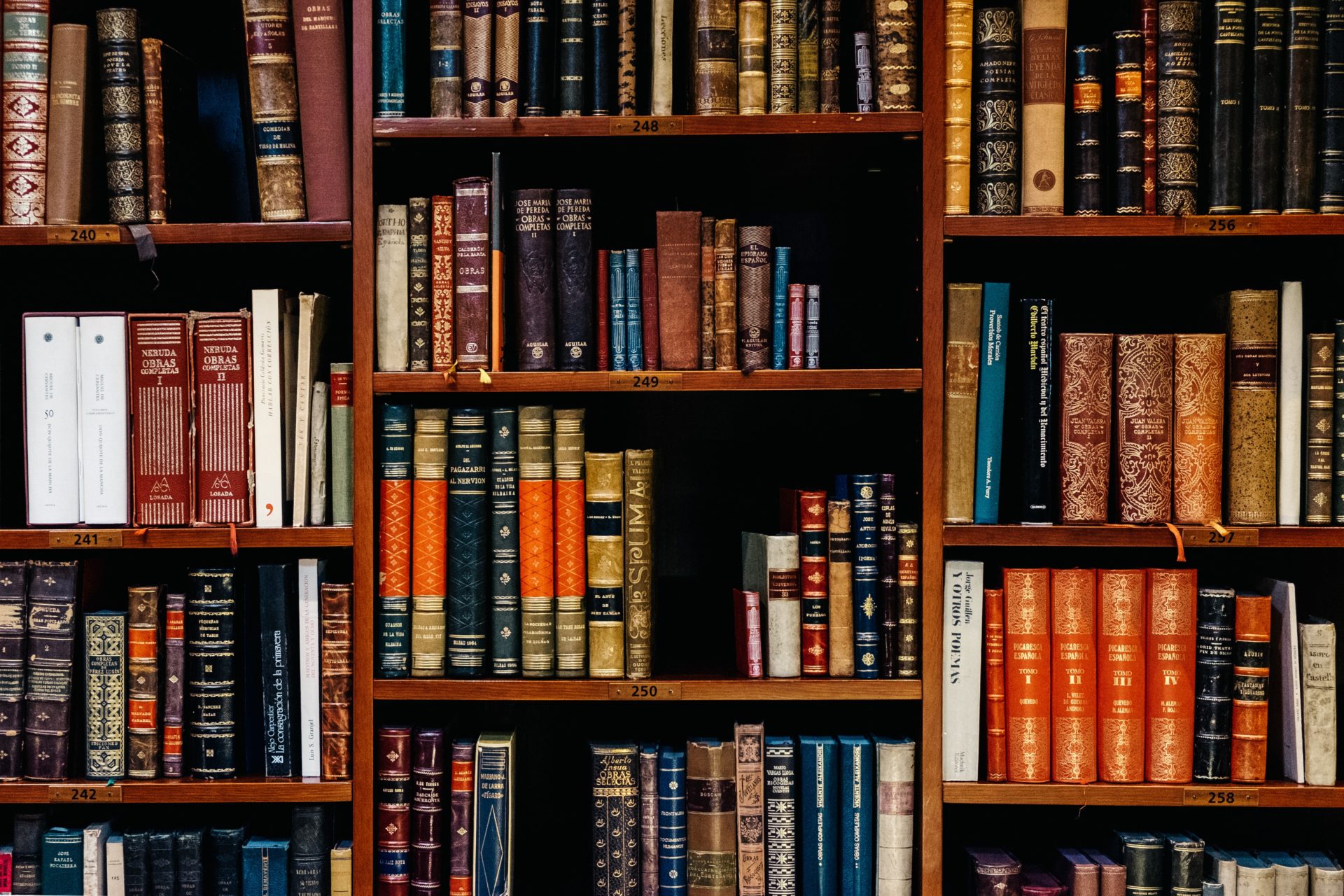 [By Apoorv Jaiswal and Gokul Holani]

The relevancy of arbitration as a method of dispute resolution has grown manifold to resolve disputes of varied subject matters. The relationship between a client and a lawyer is purely contractual, thus, the remedy of the lawyer for recovering the fee, etc., can be arbitration proceedings since it is a defined legal relationship and subject matter is arbitrable. However, in cases of foreign seated arbitrations, existence of a commercial relationship is necessary.[i] Recently, this issue came before the Delhi High Court (HC) in Spentex Industries Ltd. v. Quinn Emanuel Urquhart & Sullivan LLP where a dispute arose as to enforcement of award under Convention on the Recognition and Enforcement of Foreign Arbitral Awards, 1958 relating to payment of outstanding fee to the law firm by the client. The facts of the case were that the Plaintiff approached the Respondent for its legal services and an engagement letter was issued by the Respondents containing a clause to arbitrate in cases of possible future disputes. Later, the Respondents raised invoices for the dispute and an award was passed in the arbitration proceedings. Proceedings before Delhi HC arose when an application was filed by Respondents for rejection of the Plaintiff’s suit challenging the arbitration agreement. The Plaintiff’s two fold arguments in the suit were that (a) the relationship between the Plaintiff and the Respondent cannot be considered as ‘commercial’ under the law in force in India and, (b) the agreement also involved an element of contingent fee, thus violative of public policy in India.

Section 44 of the Arbitration and Conciliation Act, 1996 (ACA) warrants that a foreign award should arise out of a legal relationship that is commercial in nature under the Indian laws. However, the term ‘commercial’ has not been defined in ACA and courts have previously relied on the ‘common parlance’ meaning of the term.[ii] The term ‘commercial’ has been broadly interpreted to “embrace every phase of commercial business activity and intercourse.”[iii]

In the present case, the Plaintiff argued that the lawyer-client relationship is not commercial in nature as per the laws in India and thus, the arbitration agreement is null and void. Rationale being that the primary duty of a lawyer is to administer justice, which cannot be classified as commercial.[iv] However, HC distinguished the judgments cited by the Plaintiff in the present case, stating that the rulings were with respect to advocates practising in India, whereas, here the Respondent was a foreign law firm. Therefore, the rules for code of conduct for advocates in India could not be made applicable to them. Further, the Court reasoned that as the arbitration was merely carried out by the Respondent for recovering their outstanding fees and not relating to professional issues, it was indeed commercial in nature.

Although the judgment seems to follow the pro-arbitration stance taken by the judiciary lately, there are certain problems with the analysis given by the HC relating to the commercial nature of foreign lawyer-client relationship. The two rationales employed while reaching this conclusion were (i) Respondent, being a foreign law firm, was not obliged by the non-commercial character of lawyer-client relationship in India and (ii) That the arbitration was solely for the outstanding fee.

The reasoning of the second rationale follows from the first, i.e. as the Indian law of non-commercial relationship between lawyer-client is not applicable on the Respondent being a foreign law firm, the terms of the arbitration agreement have to be interpreted to determine the commercial or professional nature of relationship. As the arbitration was for outstanding fee and not relating to professional issues, the Court upheld the commercial nature of the relationship. However, as the second rationale is based on the erroneous first rationale, rendering the judgment devoid of merits and liable to be overruled on appeal.

Validity of agreement in lieu of contingency fee

Enforcement of an award could have been challenged on a few grounds under the ACA, that are as follows:  (i) Section 45 where the said arbitration agreement must be null and void, inoperative or incapable of being performed; or  (ii) under Section 48(1)(a) where the said agreement is not valid under the law to which the parties have subjected it or, failing any indication thereon, under the law of the country where the award was made; or (iii) under Section 48(2)(b) where the enforcement of the award would be contrary to the public policy of India.

Plaintiff further argued the existence of elements of contingency fee in the agreement would thus, render agreement null and void, inoperative and incapable of being performed and against the public policy of India. Lawyers in India are not allowed to charge contingency fee in India.[v] In Re: ‘G’, A Senior Advocate of The Supreme Court, where a senior advocate was suspended by the Bar Council for misconduct under Section 11(1) of Bar Councils Act, 1926 for entering into an agreement of contingent fee with the client, his suspension was upheld by the Supreme Court and the agreement was held to be illegal and void.

The Hon’ble Supreme Court in Sasan Power Ltd. v. North American Coal Corporation (India) Pvt. Ltd. held that Section 45 permits an enquiry into the question whether the arbitration agreement is null, void, inoperative and incapable of being performed and not for the legality and validity of the substantive contract. Thus, a suit lies only for a limited purpose of holding an enquiry regarding the arbitration agreement. Further, an arbitration clause is a separate agreement in itself and is not affected by the validity of the principal contract. Therefore, the court is not to examine the validity of the substantive contract rendering this ground ineffective.

Moreover, Section 48(1)(a) does not hold good where a contract is valid in the country under the law to which the parties have subjected it or where award was made and enforcement of the award cannot be challenged in such cases. Since, the agreement was governed by laws of the USA and contingency fee is not barred under the US law, ground is rendered useless.

Public policy under Section 48(2)(b) has always been problematic. However, the 246th LCI Report distinguished between the public policy ground under Section 34 and Section 48 as not having the same scope. In Vijay Karia and Ors. v. Prysmain Cavi E Sistemi SRL & Ors, SC held that nature of the breach “must amount to a breach of some legal principle or legislation which is so basic to Indian law that it is not susceptible of being compromised and not to be resisted on the grounds that it violates a provision of a statute as the same would be insufficient to contravene India’s public policy.” Thus, Contingent fees although is not permissible under Indian law cannot be a sole ground for violation of public policy in India as a mere violation of Indian law is not enough but violation must be so inherent that it violates the basic principles of Indian law must have be established, rendering this ground in-effective.

The Delhi HC while dealing with two pertinent issues seem to have played the right strings to foster a pro-arbitration regime. However, the decision with respect to the commercial nature of foreign law firm-client relationships seems to be misplaced as it goes beyond the contours of Section 44 of ACA. We agree with the view taken by the Court with respect to the issue on contingency fee. The Court rightly points out that as the law of the seat permits the charging of contingency fee and, the prohibition on the same in India cannot be a valid ground for breach of public policy. All in all, the judgment seems to take a pro-arbitration approach by removing any obstacle challenging the arbitration agreement. Although, such an approach, when taken in contravention of the provisions of the ACA seems to be judicial overreach.