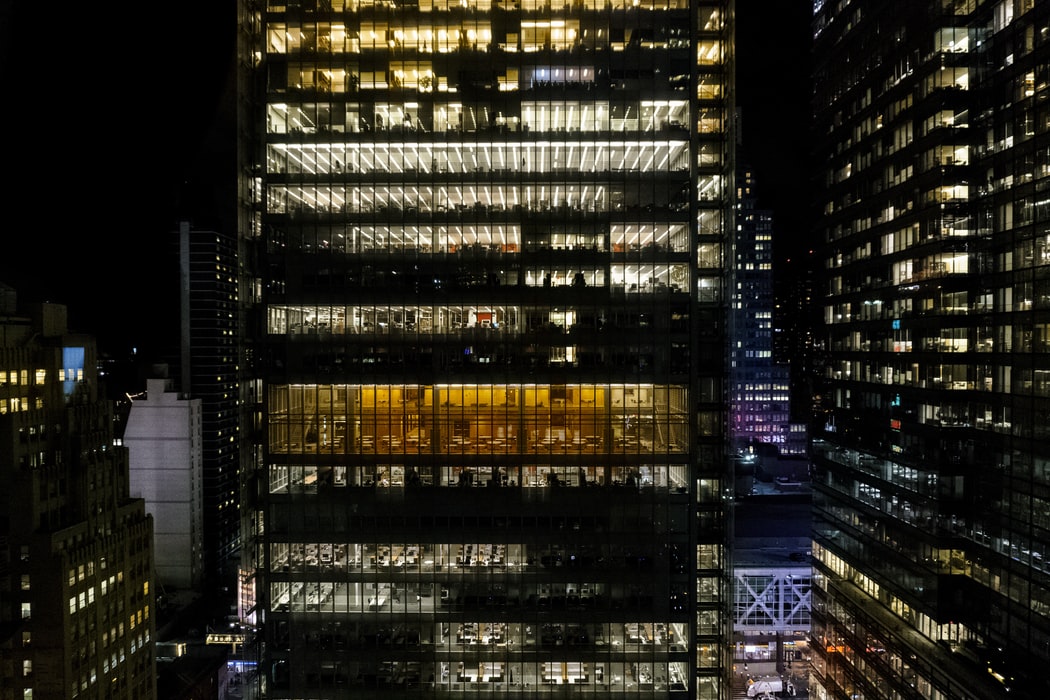 The authors are students at the National Law Institute University, Bhopal.

The current Pandemic has affected the economy by disrupting the demand and supply chain. It has exacerbated the situation by bringing financial institutions on its knees, owing to the increase in non-performing assets, and default by corporations.

Policies are being introduced around the world to protect the state of the economy. It includes “reducing the interest rates” or by introducing “economic stimulus” to balance the economic disruption. The Government of India introduced the ‘Aatmanirbhar’ plan under which it has proposed Rs. 3 lakh crores Collateral-free Automatic Loans for Businesses, including Medium and Small Enterprises.

Further, to protect corporations, from facing the brunt of unnecessary liquidation, the government, introduced the Insolvency and Bankruptcy Code (“I&B Code”) Amendment Ordinance, 2020, through which, it has suspended the initiation of the Corporate Insolvency Resolution Process (“CIRP”) for all defaults under section 7, 8, and 9 of I&B Code for 6 months, after 25th March 2020.

In a step further, National Company Law Appellate Tribunal (“NCLAT”) in Vivek Bansal v. Burda Druck Pvt Ltd, has allowed the parties, to exit the CIRP midway, and settle through an agreement. This comes as a relief for corporate debtors, who are already in the process of resolution. In this article, we will analyse whether broadening the scope of a settlement agreement is favourable in the current crisis, and what changes can be implemented to further improve the process.

A Brief Look at the Case

The CIRP was initiated by an operational creditor, Vivek Bansal. The National Company Law Tribunal (“NCLT”) New Delhi Bench, in its order, appointed an Interim Resolution Professional (“IRP”) and a moratorium was imposed on the corporate debtor, However, after the order, the parties settled their dispute through an agreement, and an appeal was filed to NCLAT by Bansal, to allow them to exit the CIRP so that they can act upon the settlement. The NCLAT using its inherent power under Rule 11 of NCLAT Rules 2016 (“Rule-I”) set aside the order of NCLT and permitted the parties to exit the CIRP.

To settle through an agreement, the parties first have to withdraw their application filed before the adjudicating authority, under Rule 8 of The Insolvency and Bankruptcy (Application to Adjudicating Authority) Rules, 2016 (“Rule-II”).

However, during the initial phase of the enactment of the I&B Code, the scope of the settlement was highly limited, as Rule 8  of Rule-II, only permits the withdrawal of application before its admission to the NCLT. Ergo, if parties wanted to settle after the admission of the application, the NCLT used to apply Rule 8 and discard such settlement.

As a result, appeals started mounting in the Supreme Court, to provide the requisite relief. In Lokhandwala Kataria Limited v. Nisus Finance Managers LLP, the apex court refused to interfere with the decision of NCLAT where it rejected the settlement reached between the parties after the application has been admitted by the NCLT. The NCLAT here refused to use its inherent powers under Rule 11 of Rule-1since the same wasn’t adopted for the I&B Code.

Following this, the Apex court in Uttara Foods Pvt Ltd. v. Mona Parachem directed the competent authority to make changes in the code through which the NCLT/NCLAT may allow such settlement, which would restrict unnecessary appeal filed before the Apex court.

The Insolvency Law Committee discussed this issue; following which section 12 A was inserted in the code, by IBC (Second Amendment) Act, 2018. Section 12 A gives the power to the adjudicating authority to allow such settlement when it gets the support of at least 90% voting share of the Committee of Creditors (“COC”).

In Swiss Ribbons v. Union of India, the apex court observed that even if CoC hasn’t been constituted, the NCLAT may allow the settlement agreement using its inherent power under Rule 11 of the Rule-I. Hence, this judgment extended the scope of inherent powers under Rule 11 to matters under the I&B Code.  The NCLAT in the Vivek Bansal’s case allowed the settlement following this observation in Swiss Ribbons.

What Makes the Settlement Agreement Favorable in the Current Crisis

Since the inception of the I&B Code, a huge chunk of cases is still pending for resolution. The average time taken for the resolution of completed cases took around 375 days, which is way more than 330 days limit as set by the code. The delay in results and monetary loss makes alternatives like settlement a suitable option.

The pandemic has caused India’s economic growth and activities to shrink by 45%., this has made the scope of settlement even more favorable. To understand this, one has to look at the recovery mechanism under CIRP. If a corporate debtor defaults, then CIRP can be initiated. In case, a corporate debtor fails to pay the debt, then the company is either restructured by taking over its management or is liquidated. However, due to the economic turmoil, it is neither beneficial for the creditors to take over the management of the company, as businesses are in complete distress, nor the current market is favorable for liquidation which is considered to be the last resort under I&B Code. As a result, creditors are resorting to settlement.

The IBC ordinance 2020, has suspended the initiation of CIRP for any default after 25th March for 6 months. This means that CIRP cannot be initiated, for any default by a corporation within this period. The implication would make it more favorable, even for financial creditors to follow a settlement, which wasn’t earlier preferred, owing to the institutional formalities and the nature of lending.

The crisis has made the courts to give flexibility even in terms of the time limit set for such settlement. In a recent verdict of ES Krishnamurthy v. Bharath Hitech Builders, NCLAT observed that considering the present crisis; a concession can be given to the corporate debtors to settle their claims in matters where a time limit has been given for settling all the claims of creditors.

Further, the debt recovery mechanism available under Section 230 of the Companies Act, 2013 provides for an alternative remedy for the parties seeking a settlement. This is necessary for present circumstances because the suspension of CIRP has taken away the rights available to the creditors under the code. The parties under this section can apply to NCLT for settlement. In S C Sekaran v. Amit Gupta & Ors., the NCLAT observed that to prevent the corporation from undergoing liquidation, which is ‘corporate death’, the court can interfere with the resolution process at any time and shift to alternative methods on an application filed under section 230, provided that such an alternative is in the interest of all parties.

The limitation of resolving through a settlement is that it only binds the parties to the agreement. This was the reason, that in earlier cases the scope of the settlement was very narrow. This can be inferred from Parker Hannifin Private Ltd.v. Prowess International Private Limited, in which the court observed that after the admission of the application by the NCLT, a suit becomes a representative suit that represents the interest of all creditors. Hence, such settlement at the instance of a few parties was highly discouraged.

Since the enactment of the I&B Code, the scope of settlement has been given more flexibility. This can be inferred from Brilliant Alloys Pvt. Ltd. v.  Rajagopal. In this case, the apex court considered the matter pertaining to regulation 30 A of CIRP Regulations 2016 which stipulates that application for withdrawal under section 12 A shall only be allowed before the invitation for expression of interest. The court held this regulation to be merely directory depending upon facts and circumstances of each case.

Considering such limitation, the court while using its inherent power under Rule 11 of Rule I to allow such agreements, should be cautious of circumstances and should look whether such settlement is in the best interest of all the parties.

In the Swiss Ribbons case, even though the court refused to interfere with such a high threshold, but considered the same to be in the domain of legislative policy which can be modified. The 2018 IBC amendment reduced the voting threshold from 75% to 66% for all major decisions. This was done in a bid to encourage resolution instead of liquidation/settlement. Considering the present circumstances, where the scope of a settlement agreement, is more beneficial for a corporation, reducing such a high threshold should be considered. 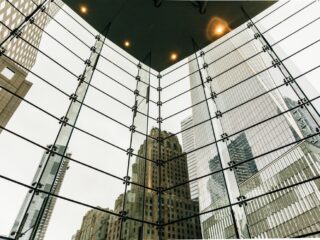 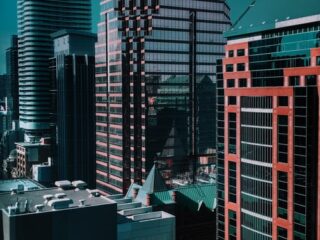 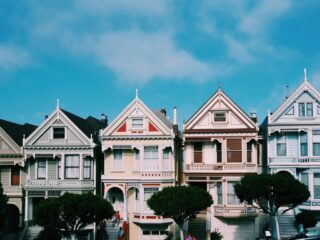 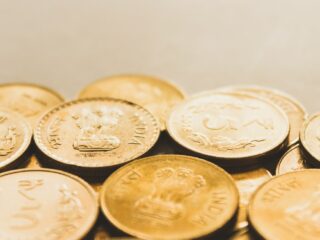 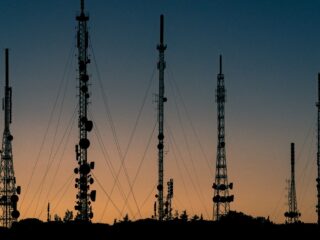