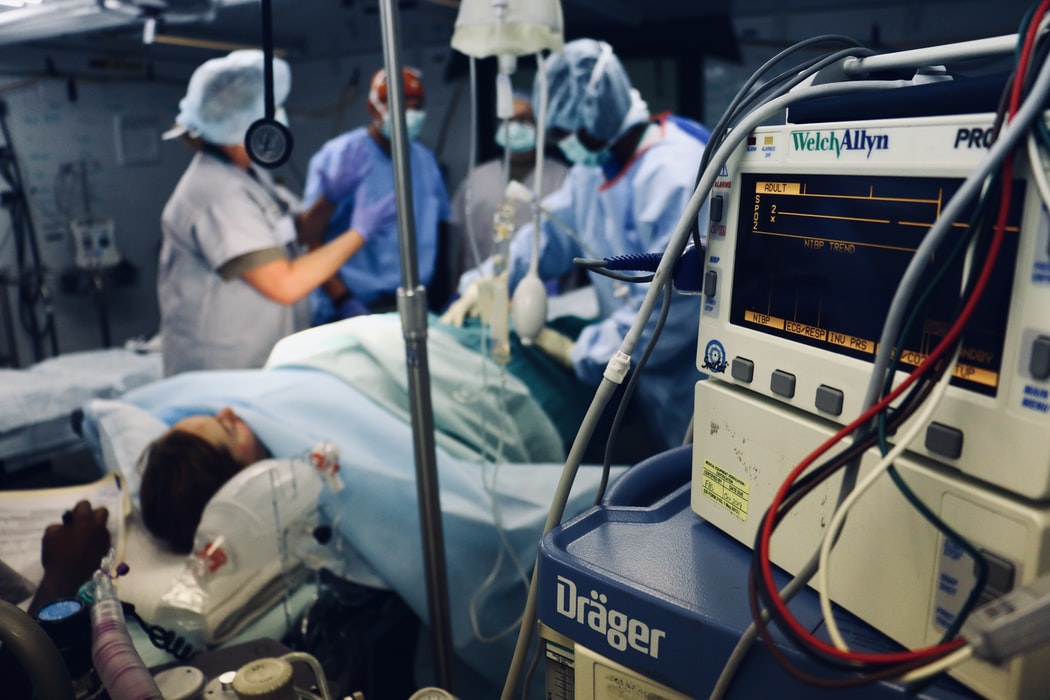 An Analysis Of NCDRC Rulings on Insurance of Lifestyle Diseases

[By Koshy Mammen and Shabna Stephen]

The authors are students at Jindal Global Law School.

In the case of Neelam Chopra v. Life Insurance Corporation of India (2018) handed down by the National Consumer Disputes Redressal Commission (“NCDRC”), it was settled that common lifestyle diseases cannot be a ground to repudiate insurance claims. The petitioner’s husband, who was suffering from diabetes for the past 3-4 years, issued a life insurance policy in 2003 from LIC. However, while filling the proposal form, he failed to report his disease. He died of a cardiac arrest, non-related to diabetes, in 2004. The NCDRC was of the opinion that even though the insured was diagnosed with diabetes, the disease was under control at the time of filling up of the proposal form. Consequently, the apex commission concluded that the non-disclosure of information regarding common lifestyle diseases such as diabetes, will not totally disentitle the insured from claiming the policy amount and may only suffer a reduced claim amount. This judgment was relied on by NCDRC as a precedent in several cases including the recent Reliance Life Insurance Co. Ltd. v. Tarun Kumar Sudhir Halder (2019) to decide that diabetes is a lifestyle disease in India and the entire of an insurance claim cannot be rejected only based on its non-disclosure.

In light of these judgments, this article advances the argument that the NCDRC has made an apparent error in the primary precedent case – Neelam Chopra v. LIC. The crux of the issue before the NCDRC in the case was whether the fact that the insured was suffering from diabetes at the time of taking out the policy was “material fact”. And on account of non-disclosure of this fact in the proposal form, whether the insurance company was justified in avoidance of the insurance contract. By going through the established principles of insurance law, the failure of the NCDRC to notice certain nuanced aspects of insurance law in Neelam Chopra v. LIC is highlighted.

According to Section 19 of the Marine Insurance Act, 1963, an insurance contract is a contract of utmost good faith, and if good faith is not observed by either party, the contract may be avoided. The duty of utmost good faith was aptly summarized in Carter v. Boehm (1905) and reiterated in several Indian judgments in the following words: –

“The special facts upon which the contingent chance is to be computed lie most commonly in the knowledge of the assured only and the underwriter trusts to his representation…Good faith forbids either party, by concealing what he privately knows…”

Thus, it needs little emphasis that when required in the proposal form, the insured is under a solemn obligation to make a true and full disclosure of all information, which is within their knowledge. Applying this doctrine to the case in the discussion, the insured did not disclose the fact that he was suffering from diabetes in the medical history section of the proposal form. Therefore, it would appear that there is a violation of the duty of disclosure by the insured.

The next issue for consideration would be as to whether diabetes for the past 3-4 years was a “material fact” for the purpose of a life insurance policy.

Section 20 of the Insurance Act, 1938 states that every circumstance is material which would influence the judgment of a prudent insurer in fixing the premium or determining whether they will take the risk. The term “material fact” has been further explained in Pan Atlantic Insurance Co v Pine Top Insurance Co (1994), relied on in several Indian cases, as any fact which goes to the root of the contract of insurance and has a bearing on the risk involved. Whether or not a fact is material, is a question of fact. The question does not depend upon what the insured thinks or even what the insurer thinks, but whether a ‘prudent and experienced’ insurer would be influenced in their judgement if they knew it (The Prudent Insurer Test). Further, in Satwant Kaur Sandhu v New India Assurance Co Ltd  (2009), it was emphasized that any inaccurate answer will entitle the insurer to repudiate his liability because there is a clear presumption that any information sought for in the proposal form is material for the purpose of entering into an insurance contract.

Applying this to the case at hand, all past and present health of the insured is a material fact as no prudent insurer would underwrite the life of a person with diabetes and without diabetes, on the same terms. Diabetes adversely affects the chances of longevity of the insured and the insurance company in the case was unable to assess the real risk as all facts were not disclosed. Further, any contention that the insured was medically examined by a panel of doctors authorized by the insurance company has no merit since this is a standard procedure that happens in all cases. It cannot be employed as an excuse to absolve the duty on the insured to disclose material facts. Therefore, the fact that the insured had diabetes is unquestionably a material fact as any prudent insurer would take this into account when assessing the risk.

The next issue is whether the non-disclosure tantamount to suppression of material facts enabling the insurance company to repudiate its liability under the policy.

It would be impossible to contend that the insured was not aware of the fact that he was suffering from diabetes, more so when he was diagnosed 3-4 years back. His diabetes was a material fact and answers given in the proposal form were definitely factors that would have influenced and guided the insurance company to enter into the contract of life insurance with the insured. Judged from any angle, the statement made by the insured about his disease in the proposal form was palpably untrue to his knowledge. There was clear suppression of material facts regarding his diabetes and, therefore, the insurance company was fully justified in avoiding the insurance contract.

The Indian insurance law heavily relies on English cases, as seen from the above discussions, since the Indian insurance jurisprudence is still in its infancy. In light of this fact, a principle of English insurance law that Indian judges fail to apply in cases is the ‘Inducement Test’ or ‘Actual Insurer Test’ introduced in Pan Atlantic Insurance Co Ltd v Pine Top Insurance Co. This test is an additional requirement into the law of non-disclosure that the non-disclosed material fact must also have induced the actual insurer to enter into the contract. If inducement is not proved as a fact, then the insurer may not rely on the non-disclosure to avoid the contract. In essence, the actual insurer must prove on the balance of probabilities that they were induced to enter into the contract by a material non-disclosure or by a material misrepresentation. Insurer must show that they would not have entered into the contract on those terms. Further, the case also re-emphasizes, by citing the English case Seaman v. Fonereau, that the breach of duty need not itself cause the loss for which an indemnity is claimed.

Applying the Inducement Test to the case under scrutiny, insurers typically study the medical history as it determines the longevity of the insured. If the insured has a history of illness, the premium may go up, depending on the category of illness. For minor illnesses such as fever or common cold, there will be no impact on the risk profile. However, systemic diseases like hypertension and diabetes that can lead to organ damage are considered a bad risk. To cover such diseases, typically the insurance companies require a higher premium and they set restrictions on waiting periods for an accurate assessment of the risk. In the case, by not disclosing the fact that the insured was suffering from diabetes, the insurer was induced to enter into the contract on the current terms, with minimal premium and no restrictions on the waiting period. Therefore, the Inducement Test succeeds and there was a breach of duty. Further, as mentioned earlier in the case, the breach of duty need not itself cause the loss. Therefore, any contention that the insured did not die because of diabetes but cardiac arrest does not hold water.

As indicated above, the Inducement Test is not employed by Indian judges and this case would have been a good opportunity to introduce the practice into the Indian insurance jurisprudence but the NCDRC failed to do so.

Further, the NCDRC grossly erred in placing extreme reliance on the precedent set out Hari Om Agarwal vs Oriental Insurance Ltd. (2007) to reason that people with diabetes are at equal risk of suffering other ailments as compared to those without diabetes and therefore, an insurance claim cannot be denied on the ground of lifestyle diseases that are common. In this particular case, the insured did, in fact, disclose that he was a diabetic in the proposal form. The details of medication administered were also provided to the insurance company for their probe. In such circumstances, the court held that lifestyle diseases cannot be used to override the primary liability of the insurer. This case was misinterpreted out of context by the NCDRC. In Neelam Chorpa v. LIC, there was no actual disclosure by the insured that he was suffering from diabetes and therefore, reliance on this case is misplaced.

To sum it up the discussion on how the NCDRC missed certain finer aspects of insurance law, there was a clear violation of the duty of disclosure by the insured in the case. The non-disclosed fact was “material fact” for the purpose of life insurance applying the Prudent Insurer Test and there was clear suppression of this material fact. Further, the insurer could also possibly demonstrate that they were induced to enter into the contract by this material non-disclosure, qualifying the Inducement Test. Therefore, the insurer was fully justified in avoiding the insurance contract altogether.

As a concluding note, the decision by NCDRC in Neelam Chopra v. LIC that lifestyle diseases can be excluded from disclosure sets a wrong precedent, while attempting to carve out an exception to established the duty of disclosure principles. The exceptions to the duty of disclosure has been laid down under Section 20(3) of the Marine Insurance Act, 1963 and are limited to a) facts which are superfluous to disclose by reason of warranty b) facts within the knowledge of insurer c) facts of which information is waived by the insurer and d) facts which diminish the risk. Lifestyle diseases do not fall under any of these exceptions and the NCDRC is not in a position to create another exception. The sweeping decision by NCDRC would open flood gates of litigation as there is no strict classification as to which all diseases fall under the scope of lifestyle diseases. Further, as the apex commission, the duty is to lay down sound principles of law, rather than to respond to individual fact situations, at the expense of other cases. 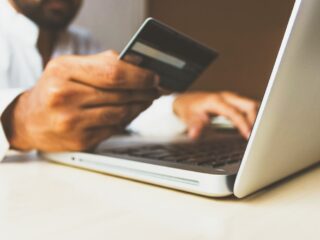