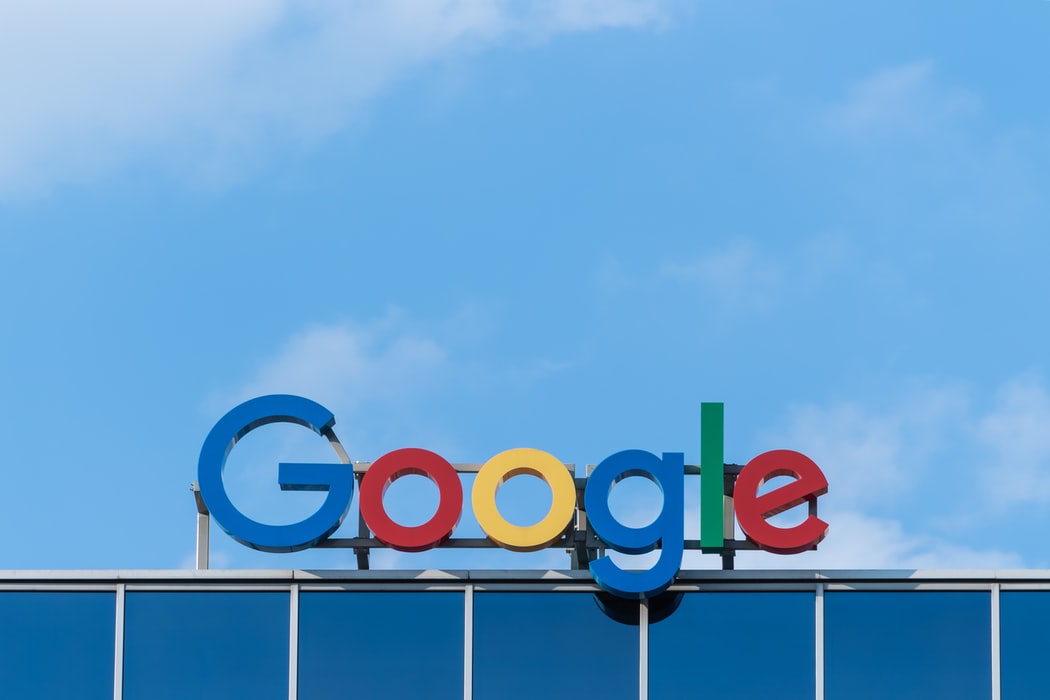 The author is a student at Symbiosis Law School, Pune.

The Competition Commission of India (“CCI”) vide its prima facie order dated 16th April 2019 in the case of Umar Javed v. Google LLC has initiated investigations into potentially anti-competitive practices adopted by Google with respect to the Android Operating System(“OS”) and its suite of proprietary mobile applications. The investigation is closely modelled after similar proceedings before the European Commission (“EC”), wherein Google was fined $5.4 Billion for leveraging the dominance of Google Play Store to unfairly benefit its proprietary mobile applications, and to foreclose the development of rival mobile OSes This article seeks to analyze the multi-faceted nature of the issues before the CCI, and the consequent need to find a middle ground in antitrust enforcement in the Big Tech sector.

Android is an open-source mobile OS, meaning that it can be freely used as well as customized by anyone. Android’s open-source code enables third-party manufacturers to potentially customize and develop their own modified versions of Android (also knows a Forked OSes). Google also acts as an app developer and offers a suite of its proprietary apps in a bundle called Google Mobile Services (“GMS”). These apps include a total of 9 Mobile applications including the Play Store, Google Search, Chrome etc.

While the Android OS can be licensed by device manufacturers by entering into simple android license agreements, to install the GMS and get access to Google’s proprietary Application Programming Interface (“APIs”), the manufacturers have to enter into two additional agreements:

Challenging these two agreements, it was alleged that by way of tying certain Google applications which are considered irreplaceable (e.g. Play Store) with other applications for which reasonable alternatives exist (e.g. Play Music, Google Search etc.), Google is preventing the development of rival mobile applications. Further, it was alleged that by imposing the ACC restrictions, Google is unfairly reducing the incentives of third-party developers to make their own modified Android Forks, thereby restricting innovation in the market.

Google argued that the restrictions and obligations imposed under the two agreements did not cause foreclosure in the market and were not anti-competitive. Some of its main submissions were as follows:

On the issue of the abusive conduct, the CCI was of the prima facie opinion that Play Store is a must-have app on each Android Mobile phone, a lack of which severely hinders the device’s marketability. Thus, while Google had contended that the two agreements were not mandatory for licensing the Android OS, Play Store’s essentiality de-facto rendered the agreements compulsory for the device manufacturers. Making pre-installation of proprietary apps like the Play Store conditional upon signing the ACC thus reduced the incentives and ability of the device manufacturers to produce forked versions of Android, thereby limiting scientific and technical development in violation of Section 4(2)(b) of the Competition Act (“the Act”).

The case against Google revolves around it leveraging the dominance of the Play Store to unfairly benefit its own proprietary apps, while also limiting the development of Android forks. This case has brought the CCI face to face with some very pertinent economic issues that will potentially shape the antitrust enforcement in India’s digital economy.

The CCI was of the opinion that Google is leveraging the dominance of Play Store to unfairly benefit its other proprietary apps by making pre-installation of the entire suite of GMS apps in order to get access to Play Store. This issue, however, requires a multi-faceted consideration.

Firstly, the finding is based on the presumption of the existence of a pre-installation bias, wherein users who find apps pre-installed on their devices are likely to “stick to them”. Similar findings were made by the EC in its case against Android, wherein it found that such practices adopted by Google reduced the incentives of manufacturers to pre-install competing apps. Further, such practices ensure an inherent disadvantage to the rival app developers. This is because to gain a competitive share in the market, the rival app developers would not only have to ensure that their apps are better than the ones pre-installed on the devices, but would have to ensure that their apps are so superior in quality to overcome the status quo bias in the consumers’ behavior.[i]

On the other hand, it must also be taken into account that the market for apps and services are categorized by the existence of ‘multi-homing’, which essentially means that the use of one mobile application does not foreclose the user from downloading and using other competing apps simultaneously. The pertinence of this issue is further illustrated by the fact that in Microsoft v. Commission, the landmark case where status quo bias was first used to determine antitrust violations, one of the major factors that swayed the EC in declaring Microsoft’s pre-installation obligations as anti-competitive was the fact that it was particularly inconvenient for the consumers to install other applications on their Windows PCs. However, in the case of smartphones, users can easily install competing applications on their devices in a matter of seconds.

Thus, any determination on the issue would require detailed economic studies to be conducted by the CCI. For instance, the EC in the Android case had conducted a study wherein it found that in Android devices, 95% of the search queries were made through Google Search. On the other hand, in Windows Mobile devices which come pre-installed with Window’s Bing, more than 75% of the search queries were made through it. The CCI would have to conduct similar studies to ascertain whether the ability to easily download competing apps offsets the commercial advantages of pre-installation in India.

The Objective Justification of Fragmentation

One of the major arguments put forward by Google to defend the ACC restrictions, which are alleged to be restricting the development of Android forks, is that such restrictions are necessary to protect the Android ecosystem from the devastating effects of fragmentation. To fully appreciate the argument it would first be pertinent to note that Android, like other software platforms, works on a two-sided business model wherein it doesn’t charge any money from the device manufacturers but receives a fixed percentage of revenues from the app developers.[ii] Further, these app developers also work on a two-sided model, wherein the apps are provided to the consumers for free and the revenues are recouped by running advertisements.

The argument thus entails that if manufacturers are permitted to modify the source code to an extent that it creates incompatibilities, it would significantly hamper the development of apps made for android. Further, since the apps would have to be re-written for each modified OS, it would increase their cost of development and maintenance.[iii] Such costs would then have to be recouped by either increasing the fee charged from the advertisers, or by charging the consumers. Both these scenarios would lead to a decrease in the popularity of such apps thereby threatening their business model, stifling innovation in the market, increasing the costs for the consumers as well as reducing the quality of the choices available.[iv]

This, however, challenges the basic principles of competition law which seek to promote competition in the market by increasing consumer choices.[v] The EC was thus of the opinion that fragmentation of the market can act as a source of potential innovation and competition and noted that certain incompatibilities might be desirable for the creation of innovative features that would be preferred by the end-users. Further, it noted that by restricting access to its proprietary APIs, Google was, in fact, itself hampering interoperability between the apps developed for Android and those developed for Android forks.

While the CCI may place heavy reliance on the  EC’s decision against Android for adjudication on other defenses, it is pertinent to note that the EC adjudicated upon the validity of the erstwhile anti-fragmentation agreements, while in the present case, the CCI has to adjudicate upon the validity of Google’s new Android Compatibility Commitments which contain much less restrictive covenants. For instance, while the AFA restrictions applied to all handheld devices sold by the signatory company, the ACC requirements are applicable to only those devices on which they want to pre-install Google’s proprietary apps.

This issue thus creates a dilemma for the antitrust authorities. On the one hand, removing anti-fragmentation restrictions would lead to a decentralization of market power and as a result increase choices for the consumers. On the other hand, fragmentation could fundamentally threaten the two-sided business model used by Google and most app developers, thereby increasing the costs for consumers as well.

The case against Android holds considerable significance for India’s relatively nascent antitrust regime. The determination on whether mandating pre-installation of apps falls foul of the Act is likely to have a profound effect on the entire spectrum of the technology sector. Consequently, such a finding could also open up the doors to further antitrust investigations into companies like Apple, who also pre-install their proprietary apps on their hardware devices. Further, in determining the validity of the ACC restrictions, the CCI would also have to face the two conflicting objectives of decentralization of market power and that of interoperability in the digital economy.

This case is also likely to bring back the debate around the role of competition authorities in the digital markets and the need and viability of self-regulation. The CCI would have to perform a balancing act based on a deep economic analysis of the sector to ensure that it creates a competitive environment while also refraining from excessive intervention which has the potential of stifling innovation and growth. 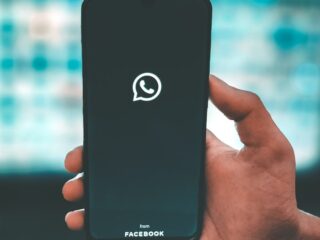