Vartika Tiwari is a 3rd-year student of NLIU, Bhopal and a member of the Centre for Business and Commercial Laws.

Earlier this year, Infosys Ltd. (“Infosys” or “the Company”) completed 25 years of stock market listing.[1] Through all these years, the Company has been one of the best in terms of stock returns, revenue growth and other financial parameters.[2]  Infosys and its iconic co-founder, N.R. Narayana Murthy, have long been admired and respected for delivering excellence while conducting business in a legal, transparent, and ethical manner.[3] However, even before the Company had attained the status of a bellwether for the IT industry, the Company had successfully managed to set a benchmark for corporate governance in India – from employee stock options to detailed financial disclosures.[4]

In such a scenario, the past few months have been surprisingly marked with controversies and concerns over Infosys’ almost flawless corporate governance record. From the acquisition of Panaya to Ex-Chief Finance Officer (“CFO”) Rajiv Bansal’s 17.38 crore severance package, lately, it seems like Infosys is slowly losing its reputation in the market. This blog post will discuss these and other corporate governance issues that the tech-giant has faced over the past one year or so.

In August 2017 the Company’s first non-promoter CEO, Vishal Sikka, resigned and the Board of Directors blamed co-founder Narayan Murthy for his exit.[5] The differences between Murthy and Sikka are said to have cropped up after a $200-million deal was struck between Infosys and Israeli cloud company Panaya.[6]As per reports, in February 2017 an anonymous whistleblower filed a complaint before SEBI, claiming that the deal was overvalued.[7] The whistleblower, in another letter, asked the market regulators in India and the United States to take action against the Infosys board for inconsistency.[8]

In late 2015, the Company’s former CFO, Rajiv Bansal was sacked over differences with Sikka. The Company agreed to pay Bansal a severance package of Rs. 17.38 crore or 24-month salary but had failed to take approval of the nomination and remuneration committee and the audit committee of the Infosys board in arriving at a settlement regarding the severance money.[9] Consequently, Murthy raised concerns over this failure to disclose norms and claimed that the severance package was “hush money.”[10] However, an internal investigation committee gave a clean chit to the deal but the findings were not made public.[11]This was again contested by Murthy, who believed that the findings should be made public.[12]

In April 2017, the Company has suspended payments after handing out Rs. 5 crore of the promised amount, after Murthy contested that the amount in total was “hush money” for hiding corporate governance issues under the former board of directors of the Company.[13] Later that month, Bansal invoked arbitration proceedings to contest the halting of the promised payment.[14]It was only recently that the issue finally got settled when Infosys lost the arbitral proceedings due to lack of evidence and was asked to pay Bansal the outstanding amount.[15]

Amidst all this, Vishal Sikka resigned as the CEO and MD of Infosys, citing “personal attacks” on him as one of the reasons for his resignation.[16]Apart from this, newspaper reports claim that things such as Sikka’s salary, the appointment of Punita Sinha as an independent director and Sikka’s push for acquisitions have considerably strained Sikka’s relationship with co-founder Narayan Murthy.[17]

It is worth noting that in a span of few months, apart from Sikka, Sangita Singh, Executive VP, Healthcare and Life Sciences and Nitesh Banga, Senior VP and Global Head of Manufacturing and Edge products, and CFO, M D Ranganath, have also stepped down from their roles.[18] In addition to this, a couple of other senior executives have stepped down too and former employees have been filing complaints of unpaid dues, thereby clearly showing that there is something seriously wrong with the way the Company has been conducting business lately.

A similar situation was witnessed earlier when Tata Sons accused Cyrus Mistry, the CEO of Tata Consultancy Services (“TCS”), of lack of performance and corporate governance lapses.[19] This led to a very humiliating ouster of Mistry eventually.[20] Thus, the resignation of Sikka must not be viewed in isolation since it raises a bigger concern of over-involvement, or rather, interference of the founders of the company with the management of the company.

It must be understood that independence of management is the very foundation of good corporate governance. In such a scenario, the behaviour of Indian promoters is also not in the direction to promote business practices that may be considered healthy. It is important for family-run businesses and for the promoters of a company to recognize this fact of independence of the management.

Needless to say, the kind of behaviour that is exhibited by founders like Narayan Murthy and Tata Sons is only adding to the deteriorating state of corporate governance in India and discouraging potential investors internationally. Such conflicts and confrontations among reputed companies like Infosys and TCS would inevitably adversely affect the trust amongst global investors since these companies enjoy goodwill internationally. Another issue with such interference is that most companies look at IT giants like Infosys and TCS as benchmarks and are likely to follow the trend that has been set by them. Thus, ordinarily, it is advisable for the promoters to avoid unnecessary interference and to ensure that the management board is completely independent. However, the devil’s argument that both Tata and Infosys founders hold considerable shares in their companies and thus, as stakeholders, they have every right to nominate the directors and to keep a close watch on the way the company is being managed; holds equally true.

Considering the clash of the interests of the company with those of the promoters, a middle path must be sought wherein not only the promoters should avoid over interference, but also the company should guarantee the protection of their rights as shareholders.

From a legal standpoint, few measures need to be taken to adequately address these issues. While the Kotak Committee[21] has made commendable recommendations in this regard, and a majority of which have been accepted and brought by SEBI in the form of SEBI (Listing Obligations and Disclosure Requirement) (Amendment) Regulations, 2018, a lot needs to be done still. While these regulations now stipulate that from April 1, 2020, the office of Chairperson and MD/CEO will be held by two different persons, with the noble objective of reducing the taxing nature of workload that these two jobs demand; this can open an opportunity to have two centres of power. More so, when the additional requirements of a Chairperson being compulsory a non-executive director kicks in from April 1, 2020, this could open a pandora’s box for such family-owned companies to see struggle of power between the promoter-appointed non-executive Chairpersons and Board-appointed professional MDs/CEOs – thereby nullifying the noble intent with which it was brought about. To avoid this potential conflict, the author suggests that the professional appointees in a company, namely the MD/CEOs (generally) be given stronger security cover – such as an amendment brought about in section 203, Companies Act, 2013 to mandate that key managerial personnel can only be appointed/removed by a special resolution passed in an Annual General Meeting – as a form of stricter requirement. This would prevent future situations such as the ouster of Bansal, Sikka and Mistry (all of which happened through Extraordinary General Meetings).

The SEBI (Listing Obligations and Disclosure Requirement) (Amendment) Regulations, 2018 have also stipulated increasing the minimum number of directors in listed companies in a phased manner to six from the present three. In the author’s opinion, this will also be counterproductive since an even-numbered board is more likely to have dead-lock situations, which may fall in favour with such family-owned companies who have promoter-controlled Boards and can create a dead-lock for matters they deem unfavourable. In the author’s opinion, this minimum number should be seven, with a further stipulation that the Board must be an odd-numbered one to reduce at least some foreseeable events of promoters defeating resolutions that are undesirable to them.

Other legal solutions point to entrenchment – a concept that signifies adopting a stricter requirement for executing an action than the one that law prescribes (such as requiring special resolution for an action for which the law requires an ordinary resolution) – through suitable amendments in the respective Articles of Associations. While adopting entrenchment provisions may not be assumed plausible for family-owned companies such as the two mentioned above – Tata and Infosys, however other organically owned companies can realistically use it as a form of most suitable practice to adopt and follow.

[21] Report of the Committee on Corporate Governance, October 5, 2017. See, https://www.sebi.gov.in/reports/reports/oct-2017/report-of-the-committee-on-corporate-governance_36177.html. 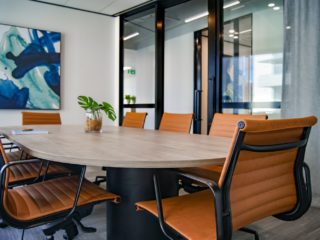