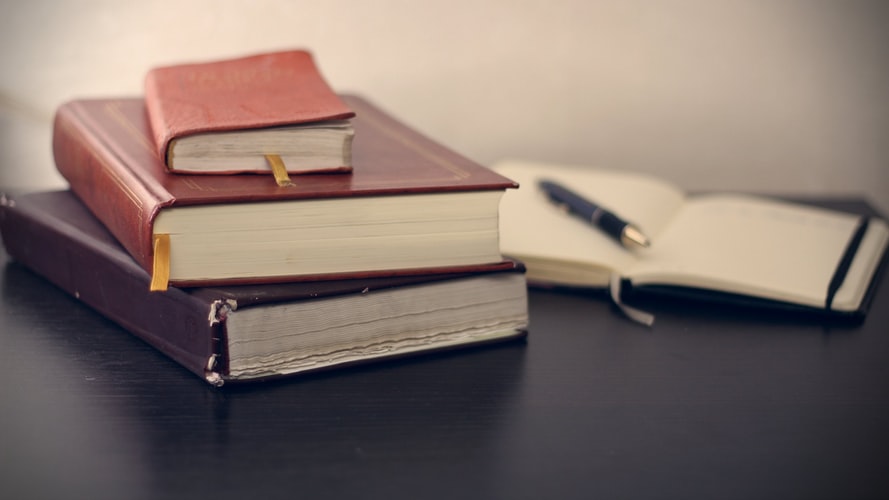 To Disclose or Not to Disclose: Use of TRESA in the Takeover Code, 2011

The author is a second year student of Institute of Law, Nirma University, Gujarat.

Recent trends in corporate control [i]have shown an increase in the use of unregulated Total Return Equity Swap Agreements (“TRESA”) to eschew disclosure norms while covertly building up stakes in listed companies. Regulators from around the globe are now recognizing the challenges in governance and market distortions that potentially arise from these agreements which may bestow hidden and morphable ownership in the shareholdings of a listed company. Effectively, TRESA gives the investor an upper hand in dropping a bombshell on the target company by launching a hostile takeover out of the blue.

The effect of TRESA seems to be contrary to the objective behind the disclosure regulation which is not only to ensure transparency that “the target company is not taken by surprise”, but also to acquaint the shareholders of the target company about any potential change in control. This article highlights the approaches in different countries while dealing with TRESA and also visits the lacuna in Indian law pertaining to the disclosure regulation.

The instrumentality of TRESA

These equity swaps are over the counter equity derivatives wherein one counter-party (“short party”) pays the other counter-party (“long party”) the total return of an underlying asset/shares including income that is generated from it along with the benefits in case the price of the asset appreciates over the life of the swap. In return, the long party is obligated to pay fixed floating payments and the amount by which the asset’s value has depreciated if its price reduces over the life of the swap. Effectively, the long party gains the economic exposure of the reference asset/shares without actually owning it. Similarly, hedge funds or Foreign Institutional Investors (“FIIs”) benefit from the avoidance of transactional costs associated with equity trades along with hedging their negative returns.

These swaps can be either cash-settled, i.e., any value differences at the end of the relevant period of the swap are settled in cash or can be settled-in-kind, i.e., the short party has an obligation to transfer the reference asset to the long party upon termination of the arrangement.

Treatment of TRESA in other jurisdictions

Conventionally, market participants in the equity derivatives markets have not held TRESA as constituting a beneficial ownership in the underlying shares, since its aim is to merely decouple the voting control and the economic exposure in respect of the underlying shares.

It is not an obligation but a market reality [ii]that the short party will further buy the reference shares as a hedge against its short position. Conversely, even if the holder of TRESA does not have any legal rights to acquire the shares or control the votes of the reference shares they are still able to influence the short party. This influence is witnessed by the long party’s ability to convert these underlying shares into actual shares by unwinding the swap.

The regulators on either side of the Atlantic have approached disclosure norms very differently. Taking into account the global nature of the derivative market, a more uniform approach to disclosure of these instruments is highly desirable. In the past years, this decoupling has affected takeover battles and control of public companies in inter alia the U.S., the U.K., and New Zealand.

The UK amended its Disclosure and Transparency Rules [amended (“DTR”) 5R] [iii]which triggers disclosure norms when an individual holds a financial instrument which renders an economic interest over the underlying shares. The new rules require that the holding of shares and relevant financial instruments be aggregated and disclosure be made when the aggregated holdings reach, exceed or fall below 3%, 4%, 5% and each 1% threshold thereafter up to 100% (amended DTR 5.1.2R).[iv]

Further, The U.S Securities and Exchange Commission’s (“SEC”) stance on beneficial ownership was brought out by the US district court’s ruling in CSX Corporation v. The Children’s Investment Fund Management (UK) LLP [v],wherein the Southern District declined to take a firm stand on whether the cash-settled, total return swaps constitute beneficial ownership, as a general matter, under Rule 13(d)-3(b) of the Securities Exchange Act, 1934, which “deems a person to be a beneficial owner if he uses any contract, arrangement, or device as part of a plan or scheme to evade the beneficial ownership reporting requirements.” Albeit, the court relied on a provision of that rule which attributes beneficial ownership of a security to any person who enters into an arrangement as part of a “plan or scheme to evade the reporting requirements of the disclosure norms”. The same was later re-affirmed by the circuit court of appeals.[vi]

A diametrically opposite approach was followed in New Zealand as per the Ithaca (custodians) v. Perry Corporation’s[vii] case. The court here discussed in detail about the market reality of the short parties hedging their position which can bring the target company within the reach but not under the control of the long party. It held that such a reality does not constitute an agreement or understanding between the two parties and therefore, the long party will not come under the purview of disclosure norms. However, due to the paucity of evidence, the magnitude of this problem in New Zealand has not yet been raised, but the panel is still considering amendments in the present disclosure norms.

TRESA in the Indian context

Under the Indian securities laws regime, disclosure norms are triggered under the helm of Regulation 29(1) [viii]

of SEBI Substantial Acquisition of Shares and Takeovers, 2011 (“Takeover Code”). Regulation 29(1) of the Takeover Code requires the acquirer with an individual or combined shareholding with Persons Acting in Concert (“PAC”) of 5% or more in the target company to disclose these shareholdings.

This regulation can be traced back to the Takeover Regulation Advisory Committee (“TRAC”) report [ix]which laid the foundation of the Takeover Code, 2011. The committee’s intent was to distinguish between the disclosure requirement of an individual holding and a group/concerted holding of any security or instrument that would entitle the acquirer to receive shares in the target company.

A concerted holding is sine qua non to a common objective of the whole group for acquiring shares of the target company. An individual identity is lost when acting in concert with others. In a regulatory environment, wherein the disclosure norms are triggered by voting rights rather than economic interest, a flexible TRESA can be used to conceal acquisition of equity in a particular company and engage in informal voting. Investors here have economic ownership that exceeds their formal voting rights, which is collaborated with informal access to the corresponding voting rights. This is typically called “vote morphing”, where undisclosed voting power is secured rather than actual voting rights. The ultimate intention of the investor becomes difficult to anticipate with these cash-settled swaps. They can be used purely for business purposes, nevertheless, the investor holds a de-facto voting right exercisable at his discretion which he can invoke by unwinding the swap and purchasing the underlying shares from the counter-party.

TRESAs are certainly useful instruments with a lot of legitimate areas of application. However, it is becoming a regulatory concern where the arrangement is being dishonestly used to evade the disclosure norms thus amounting to its abuse. To distinguish one from the other is the primary challenge that every regulator faces. When it comes to disclosure norms, holders of these TRESAs should be treated in the same light as the holders of underlying reference shares.

Consequently, in the Indian Takeover regime, TRESAs can be used to conceal equity & abridge the purpose of Regulation 29(1) of the Takeover Code. Such “silent accumulation of shareholder power” is detrimental to the transparency object of Takeover Code as it will keep the target company and its shareholders in the dark about the change in company’s management.

Notwithstanding the debate sparked by the recently publicized cases of hidden ownership across the globe, the Indian jurisdiction has not yet adopted any measures imposing disclosure obligations for long economic positions held through cash-settled equity derivatives.

The author is of the opinion that the Indian regulators should therefore be aware of the possible risks and distortions resulting from certain uses of cash-settled equity derivatives. In today’s dynamics, more than ever, prevention can be the best of all remedies. SEBI must take into account the rulings of CSX and Ithaca as a corollary to the incorporation of disclosure of an individual, holding a beneficial ownership within the purview of Regulation 29(1) of the Takeover Code. Alternatively, SEBI can also mandate any party entering into any arrangement, which entitles him, an economic interest to execute an undertaking with SEBI that such interest will further not interfere with the underlying shares of the short party for any hostile or unsolicited takeover, or which may otherwise require an open offer to be triggered. These cases proactively call out to monitor the synthetic shareholding position of an investor, remain alert of the emerging investment strategies and, where there is sufficient evidence that an investor is working under an undisclosed arrangement or in violation of the securities laws, take on appropriate defensive measures and trigger disclosure norms. With the elimination of long and undisclosed positions in listed companies, this knowledge should ultimately promote confidence in, and the international competitiveness of, the Indian capital markets.

[iii] Notification Of The Acquisition Or Disposal Of Major Shareholdings, In Disclosure Guidance And Transparency Rules Sourcebook, DTR 5 (Mar. 2020), https://www.handbook.fca.org.uk/handbook/DTR.pdf.

[iv]Notification Of The Acquisition Or Disposal Of Major Shareholdings, In Disclosure Guidance And Transparency Rules Sourcebook, DTR 5.1.2 (Mar. 2020), https://www.handbook.fca.org.uk/handbook/DTR.pdf. 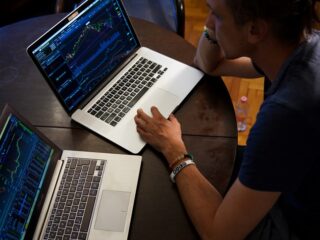 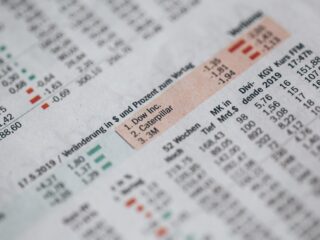 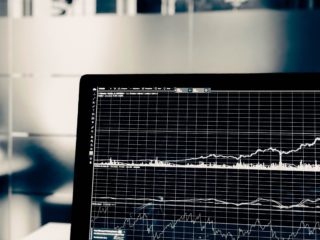