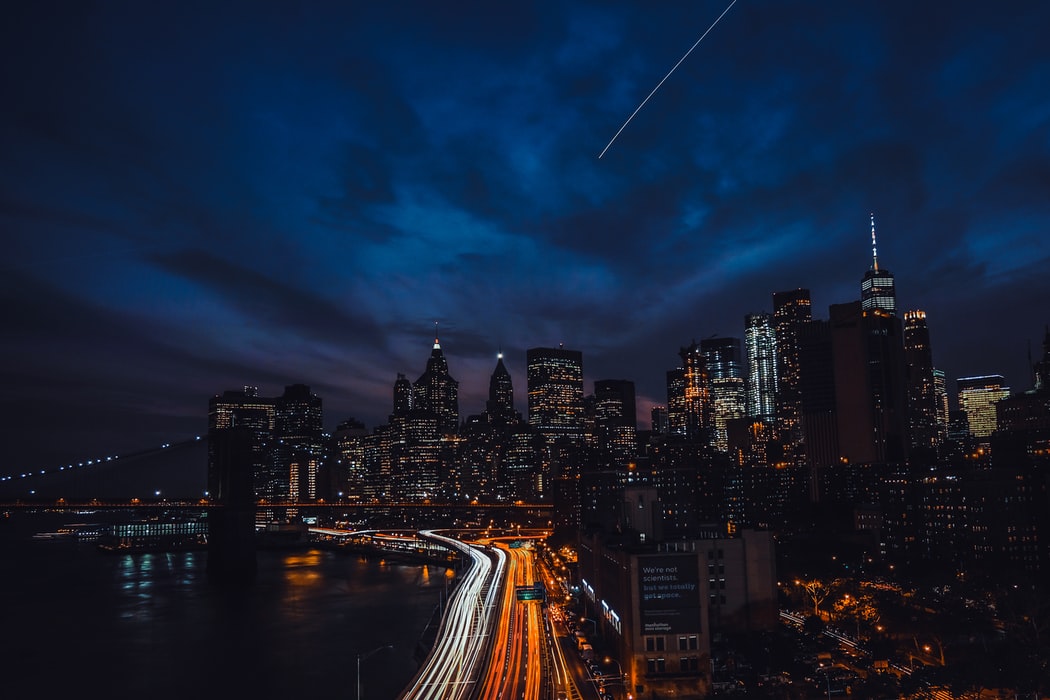 [By Devansh Parekh and Yuuvraj Vaidya]

The authors are students at the Government Law College, Mumbai.

In October 2020, the Securities and Exchange Board of India (“SEBI”) issued a circular[1] with respect to the issuance, listing, and trading of perpetual non-cumulative preference shares and perpetual debt instruments (“SEBI Circular”). The special focus herein is on certain instruments by the name of perpetual non-cumulative preference shares (“Perpetual Non-Cumulative Preference Shares”) and perpetual debt instruments (“Perpetual Debt Instruments”) which are issued as part of the additional tier of capital. This article centers on the provisions of the guidelines for implementation of Basel III which deals with instruments that form the layer of additional tier capital in a bank.   These instruments form a part of the special layer of capital that banks are permitted to issue which is commonly referred to as the regulatory capital.

The SEBI Circular on the recommendation of the Corporate Bonds and Securitization Advisory Committee (CoBoSAC) proposed additional guidelines noting that the discretion under AT1 Instruments is reserved by the issuer and that retail individual investors may not be fully able to understand the true form of these instruments. This has become relevant after the recent Yes Bank controversy and the ensuing case of Piyush Bokaria vs Reserve Bank of India [1] which have been analyzed in this article.

Due to globalization, there has been a great integration of international banks and interdependence of financial markets that prompted the birth of the Basel Accord, which brought in standardized measurements. It is imperative to understand the Basel Accord and how it functions. The Basel Accord was set up by the Basel Committee on Bank Supervision that provided recommendations on banking regulations. It has three series of recommendations – Basel I, II & III. The Basel III capital regulations were implemented in India from April 1, 2013, in a phased manner. The Reserve Bank of India published its Master Circular dated July 1, 2015, consolidating guidelines pertaining to the Basel III norms along with guidelines for implementation of Basel III. (“Basel III Framework”)

The accords were drafted to ensure that financial institutions have enough capital on account to meet obligations and absorb unexpected losses.[2] Tier 1 capital deals with the primary funding of banks that are disclosed on financial statements, such as common shares, free reserves, statutory reserves, etc. Tier 2 capital includes general provisions and loss reserves, debt instruments, share premium, etc. Not until a long time ago, there existed a third layer i.e., Tier Capital 3 that had a great variety of debt but was of inferior quality than the above tiers and has been abrogated.

These instruments are distinguishable from ordinary securities because of certain peculiar rights the issuer has upon them which could be considered onerous for the holder, viz., loss absorption capacity which has been discussed in further detail below.

As per the Basel III Framework, non-equity instruments, which form the additional tier of capital for banks, shall have the inherent characteristic of absorbing losses of the bank even as the entity remains a going concern. As per the Basel III Framework, the terms of issuance of Perpetual Debt Instruments and Perpetual Non-Cumulative Preference Shares in Additional Tier 1 (collectively referred to as “AT1 Instruments”) shall include provisions for either (1) conversion to common shares at the occurrence of a pre-specified trigger point or (2) a write-down mechanism allocating the losses at the occurrence of a pre-specified trigger point. The Based III Framework stipulates that upon the capital conservation buffer [3] falling below a certain threshold it will trigger a write-down/conversion of the AT1 Instruments, described hereinbefore, to ensure the bank is operating above a certain CET 1 ratio.[4] The conversion/ write-down is intended to replenish the equity which is depleted due to losses. The risk under these AT1 instruments is evidently amplified by the fact that if the bank goes into liquidation after the AT1 instruments have been written down permanently, there shall be no claim remaining upon the liquidator for recovery of the principal under these instruments. The write-down will essentially mean that the AT1 instruments have been erased from the balance sheet and existence and all rights and obligations have ceased. The repercussions of write off or conversions arise in a situation of non-viability of the bank which means “A bank which, owing to its financial and other difficulties, may no longer remain a going concern on its own in the opinion of the Reserve Bank unless appropriate measures are taken to revive its operations and thus, enable it to continue as a going concern.”[5] Therefore upon the occurrence of ‘Point of Non-Viability Trigger Event’ which could be (1) the RBI directing the write off/conversion of the AT1 instruments or (2) decision to infuse public sector capital without which the bank would not be able to sustain its going concern status, as determined by the relevant authority, the appropriate action of write-down or conversion shall be initiated.

The pertinent changes proposed by the SEBI Circular include: (1) All issuance is to be done on the electronic book platform. (2) Only Qualified Institutional Buyers (“QIB”) shall be allowed to participate in the issue. (3)The minimum allotment size for an investor shall be INR 1 Crore. (4) An important disclosure that would be required as per the SEBI Circular is the disclosure of risks, particularly the discretion in terms of writing down the principal/interest, to skip interest payments, to make an early recall, etc. without commensurate right for investors to legal recourse, even if such actions of the issuer might result in a potential loss to investors.[6] QIB such as scheduled commercial banks, mutual funds, FPIs, AIFs, etc are perceived to bring in sophisticated capital and have the financial wherewithal and understanding to commit investments in complex and/or sizeable transaction, as they undertake comprehensive legal and financial due diligence on their investee targets.

A recent example where AT1 instrument holders faced severe losses was in the landmark case of Yes Bank which is currently being heard at the Bombay High Court. The two sets of additional tier I bonds issued by the Bank for an amount of approx. Rs. 8,000 crores have been fully written down and stand extinguished with immediate effect, due to the implementation of the Yes Bank Reconstruction Scheme dated March 13, 2020.[7] However, due to the ongoing pandemic, the Bombay High Court has extended all interim orders till 31st October, 2020.

It is interesting to note that the validity of the write-down in the Yes Bank case was challenged, in the case of Piyush Bokaria v. the Reserve Bank of India (“Piyush Bokaria”). In this case, some of the investors of Yes Bank had challenged the legal validity of the RBI Circular on AT-1 Bonds. The investors argued that the Master Circular issued by Reserve Bank of India dated July 1, 2015, must be held ultra vires on the grounds that there was a clear lack of legislative competence and also a manifestly arbitrary and unreasonable exercise of subordinate or delegated legislation. They further prayed that the Master Circular is unconstitutional as it deprived the investors of their property and did so by invidiously discriminating between AT 1 Bonds, which are a form of debt, and other forms of debt. However, the Madras High Court upheld the constitutional validity of AT 1 bonds and also held that the write-down in terms of the Basel III Framework has not been disturbed. The court observed the need for limiting the retail participation in the AT1 Instruments because they carry extraordinary risk. The court also pronounced that the investors had full knowledge of the risks possessed by these bonds and thus cannot challenge the decision of the regulator.

Thus, the risk posed to the investments in these instruments is immense considering that if the bank continues to remain a going concern without the threat of non-viability, the bank may discretionarily choose to withhold dividend/coupon payments and no recourse would be available to the investor. The investor does not have a guarantee of the return of the principal amount on the AT1 Instruments as they do not have any maturity date and the return is subject to an exercise of a call option by the bank which is constrained by conditions imposed such as, approval from RBI, tenure, replacement of instrument being paid out, etc. Reiterating that unless scrupulous and intensive financial and legal due diligence is carried out, the AT1 Instruments are threatened by the Damocles sword of being written off.

The Basel III Framework in respect of retail investors of AT1 Instruments required the issuer to get the sign off the investor on the specific risk factors of the instruments but these may be simply perfunctory in nature. The SEBI Circular addresses concerns to a certain level permitting allotment of the instruments only to the QIBs at the stage of issuance, it does not specifically prohibit a secondary market transfer which is where losses to retail investors could potentially arise similar to Piyush Bokaria. There is an argument to be made regarding the open-access of investment opportunities for both institutional and retail participants alike, however, in India, the financial literacy of investors remains suspect and we have seen multiple examples of investors being swindled on the exchange and otherwise by way of solicitation. Therefore, it is wise and prudent that regulators are adopting the phrase ‘once bitten twice shy’ in the guidelines being introduced.

[4] The capital conservation buffer (CCB) is designed to ensure that banks build up capital buffers during normal times (i.e. outside periods of stress) which can be drawn down as losses are incurred during a stressed period. Banks are required to maintain a capital conservation buffer of a certain percentage of common equity tier 1 capital. For example, a bank with a Common Equity Tier 1 capital ratio in the range of 6.125% to 6.75% is required to conserve 80% of its earnings in the subsequent financial year (i.e. payout no more than 20% in terms of dividends, share buybacks and discretionary bonus payments is allowed). 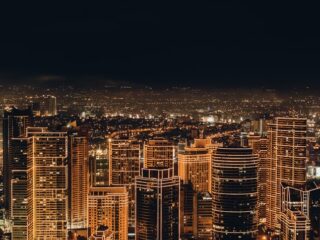 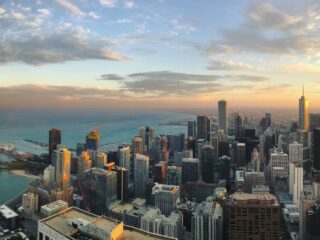 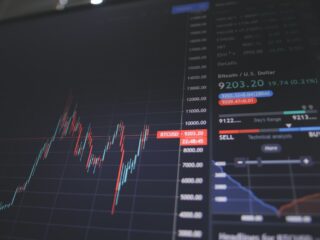