As per Section 6 of the Amending Act, it stipulated addition of sub-section 6A in Section 11 of the Act (Section 11 provides for appointment of arbitrators under the Act), as follows:

(6A) The Supreme Court or, as the case may be, the High Court, while considering any application under sub-section (4) or sub-section (5) or sub-section (6), shall, notwithstanding any judgment, decree or order of any Court, confine to the examination of the existence of an arbitration agreement.

At this point before proceeding with Section 11(6A), it is necessary to understand sub-sections (4), (5), (6) of Section 11 which primarily speak of situations where the parties to an arbitration agreement were unable to appoint an arbitrator(s) within the 30-days of arbitration notice, or where the parties were unable to follow the procedure for appointing an arbitrator so agreed between them. In such a scenario to bring effect to a valid Arbitration clause, one of the parties may request the Supreme Court or, as the case may be, the High Court or any person or institution designated by such Court to take the appointment procedure forward.

In United India Insurance Co. Ltd. & Anr. v. Hyundai Engineering and Construction Co. Ltd. & Ors.[3] the question before the apex court in light of Section 11(6A) was,

Whether submitting to arbitration clause under an agreement posits unequivocal expression of the intention of arbitration or is hedged with a conditionality?

Respondents were awarded a contract for design, construction and maintenance of a bridge for which they undertook an agreement for a Contractor All Risk Insurance Policy (“Agreement”) from the Appellants for the entire project.

The Agreement stipulated that in cases of dispute arising out of quantum of compensation, such shall be referred to Arbitration within three months. But the agreement also stipulated that no difference or dispute shall be referable to arbitration, if the Appellants had disputed or not accepted liability under or in respect of the Policy.

During the construction of the bridge, an accident occurred for which the Respondents submitted their claim to the Appellants. Appellants appointed a surveyor who assessed the loss to be below the Appellants claim but also opined that the damage was on account of the faulty design and improper execution of the project and hence was not payable under the policy to the Respondents.

Another report of a Committee of Experts set up by the of Ministry of Road Transport and Highways, Government of India, was also taken into consideration to enquire into the accident.

Appellants taking into account both the aforementioned reports intimated the Respondents that the claim put forth was not payable, since policy specifically excludes any loss/damage caused by faulty design, defective workmanship/material and also the damage was caused due to willful acts/negligence in execution of work of such nature. Reconsideration to the matter raised by the Respondents was rejected by the Appellants.

View of the Madras High Court

Respondents invoked the Arbitration clause and upon non appointment of Arbitrator by the Appellants approached Madras High Court under Section 11(4) and 11(6) of the Act. The Madras High Court stating the post amendment position (insertion of sub-section 6A) under the Amending Act said it had a limited mandate to examine the factum of existence of an arbitration agreement and nothing more or less.       Hence allowing the petition, it appointed an Arbitrator in the matter.

Decision of the Supreme Court

On appeal by the Appellants against the judgment of Madras High Court, in regards, whether the courts were to send the matter directly to arbitration in case of a valid arbitration agreement or they could consider circumstances in pre-invigoration of Arbitration.

The Supreme Court relied on Oriental Insurance Company Limited v. Narbheram Power and Steel Private Limited[4] and The Vulcan Insurance Co. Ltd. v. Maharaj Singh and another[5] holding that the arbitration clause has to be interpreted strictly, since in the present case the arbitration clause will get kindled  if the dispute between the parties is limited to the quantum to be paid under the policyThus, to put is differently, there can be no arbitration in cases where the insurance company disputes or does not accept the liability under or in respect of the policy.

Hence, the Court chose to surpass the exclusive provision for appointment of arbitrator and went ahead to check whether arbitration was enlivened in the circumstances. The Dilution of the Courts jurisdiction which was brought about by inserting sub-section 6A through Section 6(ii) of the Amending Act is now being sought to be omitted under Section 3(v) of the Arbitration and Conciliation (Amendment) Bill, 2018 (Amending Bill). This step of the Court is in line with the legislative intent, since the Amending Bill, inter alia, has been brought out to plug some of the loopholes brought in by the Amending Act.

The issues raised by Section 11(6A) of the Act has been plugged by the Supreme Court, while rendering the decision in the present case by surpassing the mandatory appointment of arbitrator on existence of an arbitration agreement. The Amending Bill shall eventually fructify the position laid down by the Court but until then this judgment shall be the settled position in law setting out the unerring position of non-dilution of the powers of the Higher courts as regards Section 11 of the Act.

[2] Statement of Objects and Reasons, The Arbitration and Conciliation (Amendment) Bill, 2018. 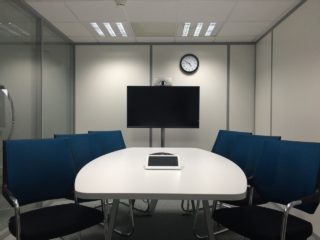 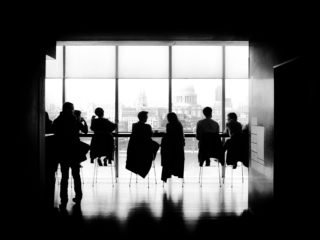