Transparency has assumed an important position in the contemporary international arbitration dynamic. A major aspect of transparency in international arbitration regime is that of third party or amicus submissions. This holds true even more in the realm of investment arbitration, where there is likeliness of some degree of public interest being at stake. Unlike commercial arbitrations, investment arbitrations deal with matters concerning various public sector services that implicate “government regulation aimed at the protection of public welfare [such as] human rights, health and safety, labor laws, [or] environmental protection.”[1]Another rationale put forth by scholars emphasizing on the need of transparency in investment arbitration proceedings is that any decision against the respondent will lead to rendering of a monetary award that will be paid out of public’s money.[2] Amicus interventions are therefore, said to bring about transparency and legitimacy to the process of investor-state arbitrations.

Confidentiality is one of the many pivotal characteristics of arbitration that make it a preferred mode of dispute settlement over the courtroom process.[3] Arbitrations are characterized by confidentiality at various stages: the stage of filing, the proceedings, documents and evidences filed and the award passed. These may however be made public pursuant to party consent but otherwise remain confidential. A major reason behind why confidentiality is essential is because there is confidential information belonging to investors and/or states that cannot be disclosed to non-disputing parties. Third party submissions are at direct odds with confidentiality. There is a general concern that third-party intervention could lead to ‘re-politicization of disputes, making arbitration a “court of public opinion.”’[4]

One of the main advantages of arbitration is to resolve disputes quickly and cheaply. An arbitration adheres to strict temporal requirements that leads to faster settlement of disputes.[5] In the context of huge investor corporations or states, there are major policy decisions and huge sum of money involved at the heart of the dispute which require even greater expediency.

Third party submissions would require additional time for deliberation by arbitrators. Moreover, most factual submissions would require cross-examination to check veracity of facts which again, is a tedious and time-consuming process. It has been highlighted that allowing greater third-party intervention in State-investor disputes could potentially lead to rising costs and delays.[6]

A friction is therefore created by allowing third party interventions. The Methanex v USA tribunal highlighted that there is a need to ensure that third party participation does not result in imposition of additional burdens on parties and the arbitral process.

Most institutional rules and investment treaties provide for a somewhat similar metric for tribunals to administer its discretion in allowing amicus submissions. In cases where both the parties consent to such intervention in the form of submissions and/or access to proceedings, the tribunal by the means of a procedural order can allow the same. In some cases, as discussed above, institutional rules provide for third party interventions. These require the respective tribunals to solicit their discretion based on the metrics provided by the rules.

Owing to the principles of timeliness and confidentiality being the core values of arbitration, the presumption should lie against admission of third-party submissions. The burden of proof should lie on the applicant to show why their submissions should be allowed.

It is imperative that a standard metric be developed for tribunals to practice their discretion. The criteria given under Rule 37 (2) of the ICSID Arbitration Rules suffice for appropriate grounds that should warrant amicus submissions. Institutional rules should therefore be amended in line with the ICSID rules to incorporate provision for amicus submissions.

Such process of amendment varies over different institutions and instruments in the investor-state arbitration regime, but they tend be influenced by each other. For example, the amendments on amicus submissions in ICSID Rules seem to have been influenced the statement of the FTC on amicus submissions. Moreover, while tribunals adopt an ad-hoc approach while using their discretion and their decision is independent of any previous decisions, practically speaking, there is a considerable persuasive value that previous awards and orders hold. Bringing about such a change will therefore keep the dispersion of jurisprudence on amicus submissions in check and consequently limit forum shopping in this regard.

The Tribunal in the recent case of Gabriel Resources v. Romania, passed an order, partly accepting an application made for participation and amicus submissions in the proceedings. The tribunal referred to factual issues within the specific knowledge of the Applicants and in relation to the interests which the Applicants claim to be protected. The Tribunal also denied admission to arguments on the law, as well as references to testimonies which could not be tested by cross-examination. The NGOs’ request to attend and participate in the oral hearing were rejected to ensure that the integrity of the proceedings was not unnecessarily burdened. This is a befitting example of wise usage of discretion insofar as assessing the application in a manner that it does not jeopardize the interests of parties and the process at large and only allow intervention where they deem fit. This is essential to ensure legitimacy and efficiency of the arbitral process.

Arbitration is a private and not a public justice delivery mechanism. Paramount importance should therefore be given to party interest. Since, investment arbitration is slightly distinct owing to its public character, a degree of leeway may be given to an ‘interested’ third party. It must be maintained that third party interventions are seen as an exception and not a norm. Arbitrators are must use their discretion of accepting amicus interventions, sparingly. Submissions outside the scope of dispute or those that fail to establish a prima facie case for their acceptance must outrightly be rejected in the interest of expediency, confidentiality and efficiency of the process. Additionally, an effort must be made to scrutinize amicus background to see if they have a vested interest in the proceedings and/or their submissions are mere dilatory tactics. While third party intervention has many implications that affect investment arbitration adversely there are upsides to it that cannot be looked over. It is imperative that such access be given only to third parties whose contribution outweighs the drawbacks of admitting third party interventions in general. 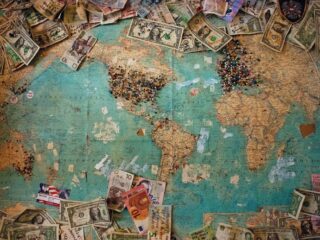 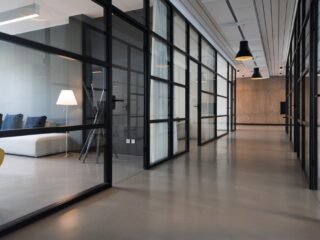