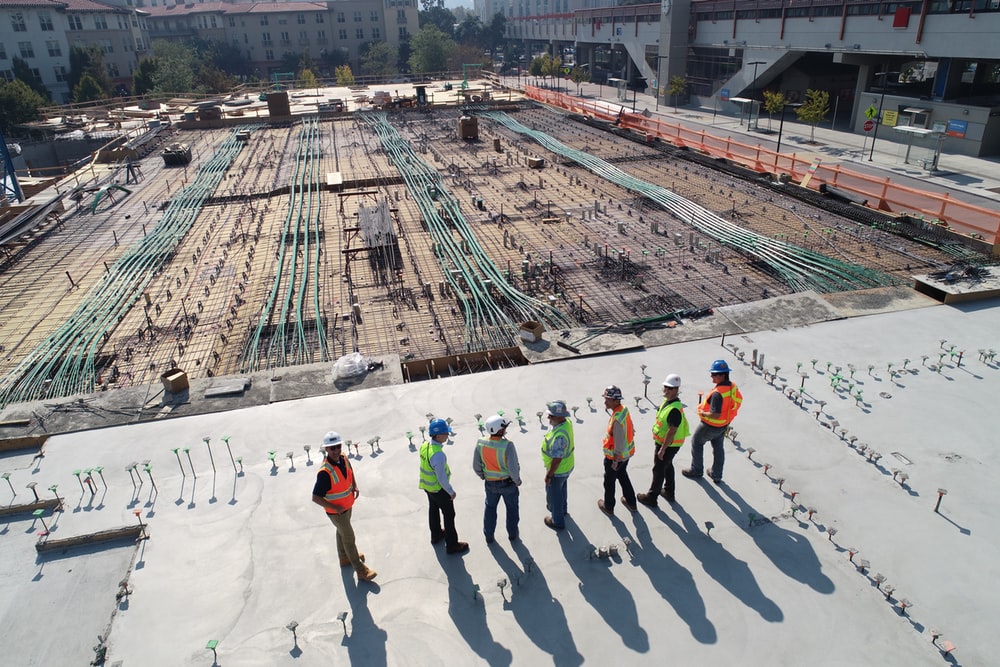 In the present case [i], the appellants, Ssangyong Construction Co. a construction company registered under the laws of the Republic of Korea, entered into a contract with the respondent National Highways Authority of India (“NHAI”) a government undertaking overseeing the construction of highways across the territory of India. Under the contract, the parties had agreed to payments for base materials such as cement, bitumen, petrol, chemicals and tar based on a formula decided mutually, involving the Wholesale Price Index (“WPI”) as published by the Ministry of Industries.

At the time of entering into the contract, the parties had agreed to the old WPI series of 1994, however, the contract permitted for change in the formula, subject to the contractor’s approval. The NHAI had issued a subsequent circular in 2013 making a unilateral change in the WPI series from the 1994 version to 2007 version and raised invoices of pending dues under the new series starting from 2007. Aggrieved, the appellants referred the matter to arbitration for a three-member tribunal where the majority decided the matter in favor of the respondents, while the dissenting arbitrator awarded in the favor of the appellants, basing his reasoning on the ground that the new WPI series was de hors to the contract.

Upon reaching arbitration, the appellant moved to the Delhi High Court under Section 34 of the Arbitration and Conciliation Act, 1996 (hereinafter “Act”) to set aside the award on the ground of “patent illegality”. The learned judge did not find a reason to interfere with the award as the view of the majority was drawn on a plausible interpretation lying within the contract. The court opined that unless patent illegality has been established the court shall not interfere with the substantive decision of the tribunal. Hence the application was dismissed, leading to an appeal before the Supreme Court.

Examination of the grounds of judicial interference as laid down under section 34 of the Arbitration Act, 1996

The Supreme Court took upon to examine the applicability of section 34 of the Act and to decide if in the present case, such a unilateral novation is permissible. In the case of Associate Builders v. Delhi Development Authority [ii], relying upon the case of Renusagar Power Co. Ltd. v. General Electric Co. [iii], interpreted the term “public policy “as comprising three elements:

Though reliance was placed on Renusagar judgment, the interpretation was made in the context of the term “public policy” as provided in Section 48 of the Act for the enforcement of foreign judgments.

A fourth element, “patent illegality” had been constructed by the court for the application of Section 34 of the Act in the case of ONGC v. Saw Pipes Ltd. [iv]. The Court further elaborated its position in the case of Associate Builders v. Delhi Development Authority wherein it was held that a quasi-judicial authority must adhere to the most basic tenets of justice such as principles of natural justice and fairness. Infraction of these principles attracts the court’s attention to the defects apparent on the face of the decision of the arbitral tribunal.

However the court has, by policy, not adopted an expansive construction of the permissible grounds of judicial intervention as laid out under Section 34 of the Arbitration Act. In the instant case, the court invoked its plenary powers under Article 142 of the Constitution to set aside the arbitral award and elevate a minority judgment of a sole dissenting arbitrator to the status of the award so as to bind the parties, in order to avoid a fresh set of arbitration proceedings, which would defeat the provisions for speedy resolution as envisioned under the Arbitration and Conciliation (Amendment) Act, of 2015 (“2015 Amendment Act”).

In the instant case, the court opined that the decision to implement the new WPI series had been taken unilaterally by the NHAI. The respondents placed reliance on documents and material, which were not accessible to the appellant company. In doing so the court felt that the principle of Audi Alteram Partem was violated. Further the court did not place the said infraction as a violation of the basic notion of justice. The award delivered was within the competence of the arbitral tribunal. The Court gave an extreme caution in the handling of applications under Section 34 of the Act wherein if the appellant alleges a violation of the basic notion of justice, the violation should be such that the conscience of the court must be shaken at the infraction of any of the basic tenets of justice or fairness, in line with the Supreme Court’s holdings in the Associate Builders’ case.

The court also relied on the 246th Law Commission report [v] which highlighted the necessity for independent, faster dispute resolution mechanism free from excessive judicial intervention to ensure the protection of money claims. Hence, in providing for applications under Section 34 of the Act, the courts must bear in mind the delay factor that is likely to cause irreparable losses to the parties.

The 2015 Amendment has effectively overruled the widened scope of intervention as provided by the Saw Pipes & Western Geco [vi] judgment, where ‘Interests of India’ is no longer recognized as a possible sub-category of a public policy violation. Further an erroneous application of law by the arbitral tribunal is not recognized as a valid ground for setting aside the arbitral award, so long as such an application is within the tribunal’s competence.

The court, in reiterating the BCCI judgment has not provided reasoning in giving a retrospective effect, when the aim of the amendment as laid out in the statement of objects and reasons of the 2015 Amendment Act is the faster resolution of claims in alternate means.

As per the scope of arbitral tribunal’s authority, the court has relied on the judgment delivered in the case of State of Goa v. Praveen Enterprises[viii], and observed that if the tribunal deals with those matters not contemplated under the arbitration clause of the contract, or which do not fall under the disputes on submission to arbitration, then the tribunal is said to have exceeded its limits. However, a misinterpretation of the contract by the tribunal cannot be considered as a case exceeding  the contractual stipulation as the matters placed for consideration were well within the delimitations of the arbitration agreement. Here, it cannot be said that the tribunal has moved beyond the terms providing for “disputes under arbitration”.

Hence, in the instant case, the court held that the arbitral tribunal has not exceeded the terms of the arbitration agreement, as the issues dealt with were on submission for the dispute before the tribunal. Mere inaccuracy in the application of law or an erroneous interpretation does not affect the competence of the tribunal to pass an award, for the same is not an error striking the root of the matter in order to qualify as patent illegality.

As per the retrospective effect of the provisions, the court, relying on the BCCI judgment which, in turn, placed reliance on the 246th Law Commission Report which proposed the 2015 Amendment Act made a distinction between substantive changes and clarificatory/declaratory changes. The latter class can be granted retrospective application upon separate inquiry on a case to case basis, but since the insertion of clause 2(A) under Section 34 of the Act [ix] was considered to be a substantive change, the court has held that the new provisions shall not be applied to Section 34 of the Act proceedings whose arbitration started before 23.10.2015. The decision is subject to juristic speculation and is open to criticism as the characterization of the dispute as pre-amendment and post-amendment does not abide well with the spirit of the 2015 Amendment Act whose object was faster dispute resolution. The court has not deliberated on the implications of such a classification. The question of vested rights of the parties which may have been impacted by the said amendment is crucial to be understood in the context of the Ssangyong judgment. The Court is silent on the questions of whether such classification based on the date of enforcement is tenable or if the same can be construed as a cut-off date in the statutory context of the amendment. In the absence of such crucial answers and reasons, the fate of a whole class of arbitral proceedings commencing before the date of enforcement can be in turmoil as the benefits intended by the 2015 Amendment Act cannot be availed.