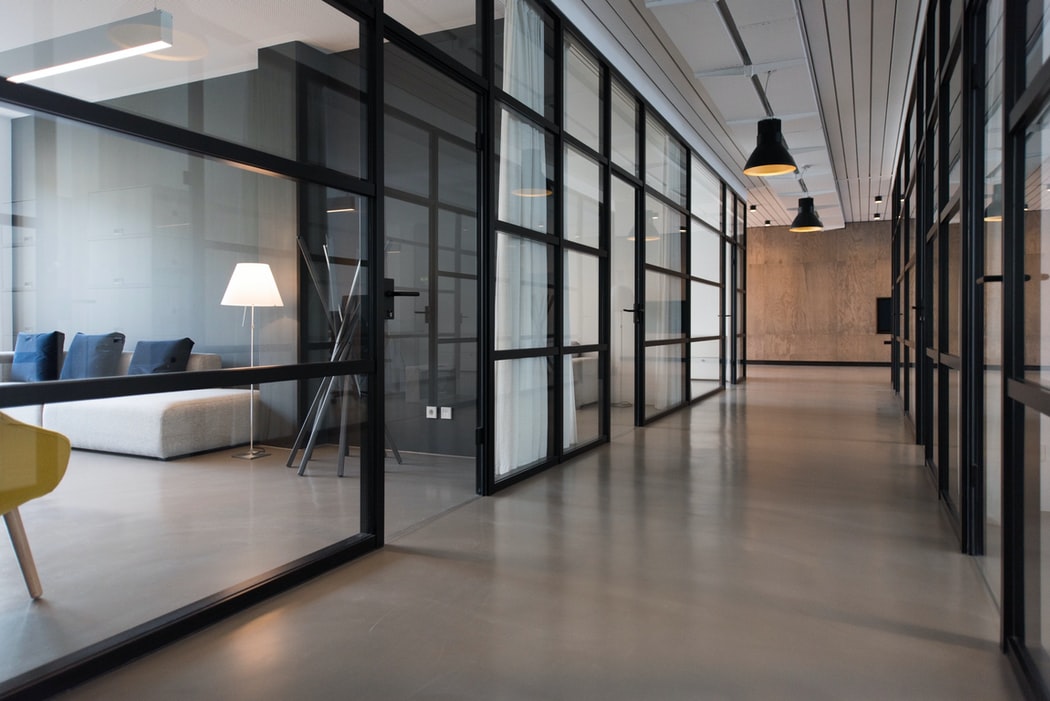 [By Hitoishi Sarkar and Animesh Bordoloi]

Hitoishi is a student at Gujarat National Law University and Animesh is an Assistant Lecturer at Jindal Global Law School.

On 20th July 2020, the Rajasthan High Court in a rather interesting decision held that if the nationality of both the parties is Indian, then even a foreign seated arbitration will not qualify as an International Commercial Arbitration pursuant to Section 2(1)(f) of the Arbitration and Conciliation Act, 1996 (‘Arbitration Act’). The decision is significant as the court carved out a third type of arbitration which is foreign seated and enforceable as a foreign award while still not qualifying as an International Commercial Arbitration.

In this post, we seek to analyze the dicey interpretation of the term “international commercial arbitration” by Indian courts while also contrasting the same with the UNCITRAL Model Law on International Commercial Arbitration. The latter part of this post deals with the implication of such a restrictive interpretation of the term from the standpoint of party autonomy.

An application under Section 9 of the Arbitration Act had been preferred by the applicant inter-alia praying that the respondent be restrained from invoking bank guarantee of rupees five crores, which it had furnished pursuant to the contract executed with the Respondent. The Respondent argued that the application was liable to be dismissed for want of jurisdiction, as the jurisdiction to hear the application under Section 9 of the Arbitration Act lies with the Principal Civil Court at Udaipur and not with the High Court.

However, the applicant urged that considering the fact that the seat of arbitration was Singapore, the arbitration in question must be treated as an International Commercial Arbitration and as a necessary fall out of such finding, the application under Section 9 of the Arbitration Act be also held maintainable before the High Court and not before the Principal Civil Court. The Court held that an arbitration to be termed or treated as an International Commercial Arbitration, the agreement has to have at least one foreign party or a company whose nationality is other than that of India.

The glaring discord with the Model Law

It is pertinent to note here that while drafting the Model Law, the Working Group also faced the same dilemma as divergent views were expressed as to whether “an arbitration should qualify as international if parties that have their places of business in the same State have chosen a seat outside their place of business.” However, the Working Group ruled in favor of party autonomy and thereby retained the aforementioned provision.

Thus, the Rajasthan High Court’s decision in Barminco Indian Underground v.Hindustan Zinc Limited wherein it ruled that “if the nationality of both the parties is Indian, then even a foreign seated arbitration will not qualify as an International Commercial Arbitration” runs contrary to the approach of the Model Law and thereby is a step back from the standpoint of party autonomy.

Analyzing the ambiguity surrounding the “Place of Business.”

A relevant defense taken by the Petitioner in Barminco was that the Applicant is a part of the Barminco Group of companies with operations in Australia, Asia, and Africa. The rationale for such an argument was that section 2(1) (f) (iii) of the Arbitration Act construes an arbitration to be an “international arbitration” if the management or control of one of the parties is outside India. However, the Indian interpretation has pointed to an approach where even though a company is foreign-controlled if the place of incorporation in India, it is the latter that is used as the determining factor.  Interestingly, the Law Commission in its 246th Report which had initially proposed to delete the word ‘company’ from section 2(1)(f) (iii) re-enforced the ‘place of incorporation’ principle for determining the residence of a company thereby also concurring with the position of law laid down by the Supreme Court in TDM Infrastructure Private Limited v. UE Development India Private Limited and thus missed an opportunity to further the case of party autonomy.

Moreover, the international understanding of the issue has also been divergent. Unlike the Indian position which puts stress on ‘place of incorporation’, some jurisdictions focus on ‘place of business’, the interpretation of which has been left to the national legislations. While some countries such as Austria have adopted a more lenient approach by qualifying it as any location from which parties can independently participate in economic transactions, others such as Russia have adopted a narrower one.

Irrespective of such varied interpretations, however, the primary debate boils down to where the Indian approach stands when compared to the Model Law, which is clear in its position that if one of the parties’ place of business is abroad, the arbitration ‘is’ international whereas Indian Courts have relied extensively on the “place of incorporation” principle while determining the nationality of parties pursuant to Section 2 of the Arbitration Act.

The Indian position on whether two Indian parties can choose a foreign seat for arbitration has caused much uncertainty. Although the judgments in Sasan Power Limited v. North American Coal Corporation India Pvt. Ltd. and subsequently in GMR Energy Limited v. Doosan Power Systems India, the High Courts inclined towards the position that it is permitted for Indian parties to choose a foreign seat. The Bombay High Court in Addhar Mercantile Private Limited v. Shree JagdambaAdrico Exports Pvt. relied on TDM Infrastructure to disregard the validity of arbitration clauses when two Indian parties had chosen a foreign seat. While High Courts do not have a binding precedent over other High Courts, such contradictory opinion reflects the need for the Supreme Court to clarify its position to establish a harmonious view for which it has to go further than Reliance Industries Limited v. Union of India where it merely dismissed a challenge arising from a foreign seated award without venturing into the discussion of ‘permissibility’. Therefore, there is clearly juxtaposition between party autonomy and limiting the use of such autonomy as a leeway for parties to evade something patently illegal or the public policy contours under the Indian law which was defined in Associate Builders v. Delhi Development Authority.

Interestingly, even if it were to be assumed that the debate on two Indian parties choosing a foreign seat is settled, the immediate problem that arises is with respect to the classification of the nature of such arbitrations. The problem arises owing to Indian law’s over-reliance on the nationality of the parties for determining such nature even when there is dual nationality of the company- which involves a foreign element of control but is incorporated/registered in India. Moreover, unlike the Model law, Indian law does not recognize an arbitration to be ‘international’ if it takes place in a country that is foreign to the parties. Therefore, if two Indian incorporated companies have foreign hands through investment in a company if chooses to have their seat in a foreign country, the nature of such arbitration is not clearly defined in India.

This aforementioned question was raised in Barminco, where the two Indian parties had chosen Singapore as the seat of Arbitration. In an interesting analysis, the court while agreeing that by choosing Singapore as the seat the ‘arbitration’ cannot be considered as domestic, at the same time decided against identifying it as ‘international commercial arbitration’ as specified under section 2(f) of the Act. It recognized the arbitration to be of a third type- where it is not International Commercial Arbitration but the award will be a foreign award.

Foreign awards v. “Award made out of an international commercial arbitration”

In the Arbitration and Conciliation Act, Section 44 defines foreign awards but no distinction has been made between a foreign award and an award made out of an international commercial arbitration when the seat of arbitration is a model law country as well as a signatory to the New York Convention. The Rajasthan High Court in Barminco tried to distinguish by opining that, ‘An arbitration agreement can result in foreign award to be covered by Part-II, yet the arbitration can be an arbitration other than International Commercial Arbitration’. It, however, does not lay down how much foreign award would be treated, especially if the parties want to move for setting aside the award, it would be essential for them to know if the Singapore courts (seat) would have jurisdiction in such cases.

Simultaneously in a related question regarding the applicability of section 2(f) to Part II of the Act, the court was of the opinion that given that there was no separate definition clause in Part II, the intention of the legislature was to apply the definition to Part II of the Act as well. Therefore, it extended the meaning of the word ‘part’ in Section 2(f) to mean ‘Act’.

Both these positions taken by the court in the same issue though creates a paradox. On one hand, the court extended the definition of International Commercial Arbitration to be applicable to Part II, whereas it then qualified the matter to be a foreign award not equivalent to the former. While the definitional ambit of a foreign award is greater than that of international arbitration, taking the facts of Barminco, it is debatable on whether such a distinction could be made. Not only has the court missed a chance to explain what it felt was the difference between the two, it has also erred in creating a third type of award as the requirements of a foreign award included it to be a ‘commercial’ award, the definition of which is derived in the Arbitration Act, from the Section 2 of Foreign Awards (Recognition and Enforcement) Act, 1961.

The Barminco case highlights the need for Indian courts to bring clarity on the nature of arbitration where the seat is located outside India even when the parties are Indian or when there is no directly relatable foreign element. Although the model law leaves it on the national laws, it is seen that more recognized seats such as Singapore in its International Arbitration Act clarifies that if the place of arbitration is situated outside the State it would qualify as International Commercial Arbitrations.

Although India can have a view different from that of jurisdictions, the more immediate concern is to have a harmonious view as such contradictory or exploratory interpretations have the potential to harm the interests of the parties when they choose a foreign seat. Moreover, such clarity is also significant while considering the application of Part I of the Act and in determining whether the Principal Civil Court or High Court would have jurisdiction over the parties or not.