The author is a third-year student at National Law University, Jodhpur.

“I can assure you, my friends, that it is safer to keep your money in a reopened bank than it is to keep it under a mattress.”
– Franklin D. Roosevelt (March 12, 1933)

The Financial Resolution and Deposit Insurance Bill, 2017, approved by the Cabinet, has been in the ring of fire, drawing protests from the opposition, regulatory bodies and citizens. Mamata Banerjee has vociferously asked for the withdrawal of the Bill, currently under consideration by the Joint Parliamentary Committee, calling it “the biggest assault on the financial security of the poor and middle class of the country.”

The point of contention is the bail-in clause under section 52 of the Bill. The said provision is aimed at rescuing a financial institution on the brink of failure by making its creditors and depositors take a loss on their holdings.[1] The Finance Minister, Arun Jaitley, has tried to allay the fears of the public and has hinted that review and correction of the Bill will take place post-release of the Parliamentary Report. The implications of this clause on the deposits made by citizens added with the lack of clarifications from the Government have inflamed the fears of the people as majority of their savings are deposited in banks. ASSOCHAM Secretary General DS Rawat has also asked for withdrawal of this clause due to chances of the trust in the banking system being eroded. He opined that the clause may induce citizens into making bank-runs or scare them into withdrawing their deposits and protecting them in unproductive avenues like real estate, gold, jewellery and even in the unorganised and informal financial markets run by unscrupulous persons.[2]

The bail-in clause is not a new concept; in fact, it may have been introduced with a view to keep up with the trends in the World Bank’s financial resolution policies. The Financial Stability Board, which acts as a regulatory body for banking systems globally, have endorsed the bail-in clause as a tool for resolution of financial bodies.[3] In 2014, the EU introduced the bail-in clause in its Bank Recovery and Resolution Directive under which 8% of an institution’s liabilities must be wiped out before any taxpayer support can be provided. This wipe-out has to be done via bail-in of deposits according to a fixed hierarchy as given in article 34 of the Directive.[4]

The objective behind introduction of the bail-in clause was to prevent the colossal failure of the bail-out resolution process used during the 2008 financial crisis. The bail-out of “too-big-to-lose” financial corporations shifted the burden of their failure on the taxpayers; this is what these bodies are trying to avoid through the bail-in clause. The drive to accommodate the bail-in clause was validated when it was used successfully during the 2011 economic crisis in Denmark. The resolution was successfully accomplished through a well-formulated bank-package such that the resolution was completed over a weekend with no negative effect on ordinary customers.[5]

Failures of the Bail-In Clause

However, the implementation of bail-in has not always been rosy. During the 2013 crisis in Cyprus, the insured deposits of citizens were transferred for resolution while the deposits of financial institutions and government entities were fully repaid back. Depositors lost almost 50 per cent of their savings when a bail-in was implemented.[6]

Post introduction of bail-in clause in the EU Directive with the hierarchy of deposits, Portugal’s bail-in package for Banco Espirito Santo in 2016 used five of the 52 senior bonds for resolution of its liabilities. Investors who had to suffer losses had threatened lawsuits, accusing the country of discriminating against holders of the same level of bonds and violating the pari passu principle of equal treatment to protect domestic bondholders.[7]

In May 2017, the Economy Minister of Italy Pier Carlo Padoan ruled out the recourse of bail-in tool, in spite of the Directive, for the rescue of its two ailing regional banks. This is to safeguard citizens’ confidence in other banks which are already suffering from bad loans caused during recession.[8]

The stark contrast in the above headings display a major difference in the nature of implementation of bail-in clause. Denmark implemented the bail-in clause within the framework of a bank-package wherein the cap of insured amount deposited in banks was increased and a safety net was set up.[9] In Cyprus, the bank holiday was declared and ATMs were shut down, cutting complete access of money to the citizens.[10] Even with the Directive, it is difficult to ensure that the hierarchy of deposits defined is upheld by countries during use of bail-in tool.

The International Monetary Fund, which has endorsed the bail-in tool, has also pointed out the need to implement it in an orderly and clear manner-[11]

“The legal framework needs to be designed to establish an appropriate balance between the rights of private stakeholders and the public policy interest in preserving financial stability. Debt restructuring ideally would not be subject to creditor consent, but a “no creditor worse off” test may be introduced to safeguard creditors’ and shareholders’ interests.”

The RBI in its Report of the Working Group on Resolution Regime for Financial Institutions has suggested that the bail-in tool be used with due care, only as an interim measure which works along with a plan for permanent resolution like sale, merger, etc.[12] Therefore, it is reiterated that if the bail-in clause is to be used, its implementation must be clarified by a fixed set of rules and regulations which would include a system of hierarchy defining the order of volatility of deposits.

Another concern is with respect to the insurance cover for the deposits that has remained at Rs. 1 lakh for over two decades. A revision and increase in insurance cover for deposits could help deter financial failure of weaker banks, as once the health of banks becomes well-defined and public, existing depositors may be induced to make bank-runs to protect their savings and pensions in safer banks. The All India Reserve Bank Employee Association has asked for the revision of insurance cover from Rs. 1 lakh to Rs. 10 lakhs in order to secure their interests under the Bill.[13]

However, it is also important to analyse if the successes of bail-in tool elsewhere could translate into successes in India. As far as public-sector banks are concerned, the government holds the top spot in its hierarchy of deposits due to its prime ownership. The bail-in of government deposits actually translates into the bail-in of the tax-payer which effectively translates into something similar to a bail-out action itself. In these scenarios, the seniority of the government deposits in the public-sector banking system has to be demoted to a lower level.

In conclusion, the hysteria around the bail-in clause is quite understandable. The health of financial institutions is fickle, the implications of which are unknown to the citizenry that is unaware of the intricacies of stock and capital markets. The clause in its present form provides no clarifications about its implementation (who will suffer the losses first, for instance). With the incumbent government’s schemes of Jan Dhan Yojana, Digital India and its endeavours to a cashless economy, such a clause would surely deter the public from depositing their savings, pensions, etc. if such a big manipulation of deposits could be on the horizon in return for such low levels of insurance. The clause may be a win-win for banks and financial institutions, but will surely dismantle the trust of citizens. The decision to defer the Bill until the release of the Parliamentary Report is welcomed.

[5] FRDI Bill: Bail-in Concept Not That Bad, But Its Current Version Puts Your Bank Deposits In Danger, Financial Express, available at http://www.financialexpress.com/economy/frdi-bill-bail-in-concept-not-that-bad-but-its-current-indian-version-puts-your-bank-deposits-in-danger/964619/.

[6] Prepare for Cyprus Moment: Centre May Allow Banks To Use Your Hard-Earned Deposits In Case It Collapses, Outlook (December 07, 2017), available at https://www.outlookindia.com/website/story/preparing-for-cyprus-moment-centre-may-allow-banks-to-use-your-hard-earned-depos/305263.

[12] Report of the Working Group on Resolution Regime for Financial Institutions, RBI, available at https://rbidocs.rbi.org.in/rdocs/PublicationReport/Pdfs/RWG020514_FL.pdf. 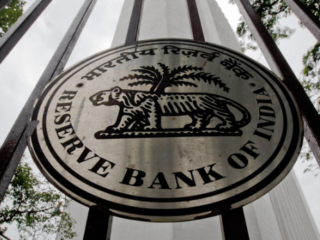